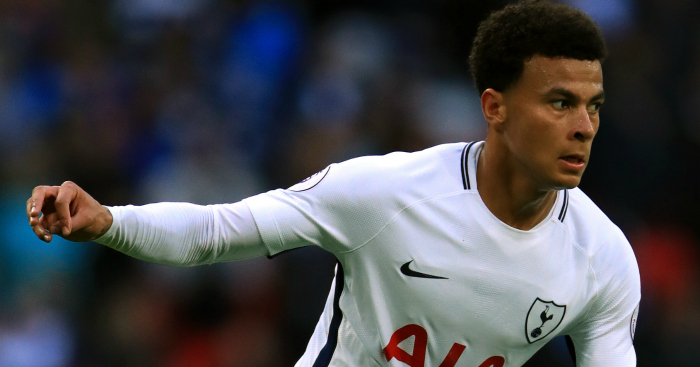 Tottenham boss Mauricio Pochettino reckons Dele Alli is being put under too much pressure.

Alli, who Pochettino recently called the best player in the world for his age, has struggled to hit the heights of the last two seasons on a consistent basis this time around .

He played just 22 minutes of England’s two friendlies against Holland and Italy, leading to Gareth Southgate to suggest his starting place at the World Cup was far from certain.

But Pochettino believes his midfielder gets unfair criticism for someone who is still only 21.

The Spurs boss said: “I have full confidence in him and his talent and because I know him – he is a great kid and a very good person.

“But he is young. He is 21. If you compare with normal people on the street who are 21, they are still living at home with their parents, they are still at university doing stupid things.

“It’s not like this. We need to be focused on him being still a kid. It’s a lot of pressure on his shoulders and not always can he act how the people and the society expect. That is so important to understand.

“We are going to help him because he is a talented player and a great kid.

“And he has done a lot for us and the club.

“The problem is that in the last two seasons, he was unbelievable, amazing.

“Younger players always have ups and downs. Expectation was massive because he was always increasing his level and improving and improving.

“This season the expectation was massive, maybe too high.

“For me he is one of the most talented players in Europe.”

Pochettino could do with Alli regaining his best form as Spurs prepare for the run-in to the season that has them going for Champions League qualification and the FA Cup.

A potentially pivotal game in the race for the top four comes at Stamford Bridge on Sunday, where if Spurs beat Chelsea they will go eight points ahead of them.

And if they are to end a 28-year hoodoo at Chelsea then they might have to do it without leading scorer Harry Kane.

Pochettino was coy whether the striker would be available, just three weeks after injuring ankle ligaments, unable to say definitively whether he would be fit or not.

There was no doubt in Pochettino’s mind just what a battler Kane is.

“It’s not about his body, it’s about his brain,” the Argentine added.

“The most important muscle that he has is his brain. He’s so determined, so positive.”