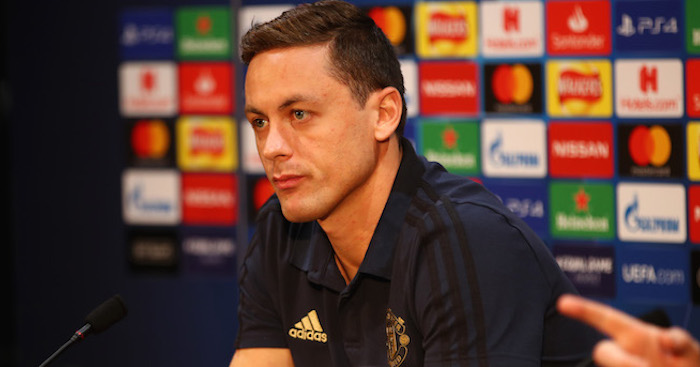 Manchester United midfielder Nemanja Matic appeared to hit back at manager Jose Mourinho – in the middle of a press conference involving the pair.

After a turbulent 10 days for Mourinho, he appeared in front of the press ahead of Tuesday night’s Champions League clash against Valencia.

The Portuguese refused to clarify rumours of a poor relationship between himself and Ed Woodward.

During the press conference, Mourinho also made the alarming statement: “Some players care more than others.”

However, Matic responded by suggesting that he disagrees with his manager, stating: “I don’t believe any player goes onto the pitch to not give his best.

“We played badly on Saturday but I don’t believe any player doesn’t give his best.

“I believe I played one of my worst games for Manchester United but I look in the mirror and ask what I did wrong and everybody does the same.”

Matic added: “When you play for Manchester United everyone expects you win the games.

“When you don’t win two games in a row, there is more attention on you. We know that.”