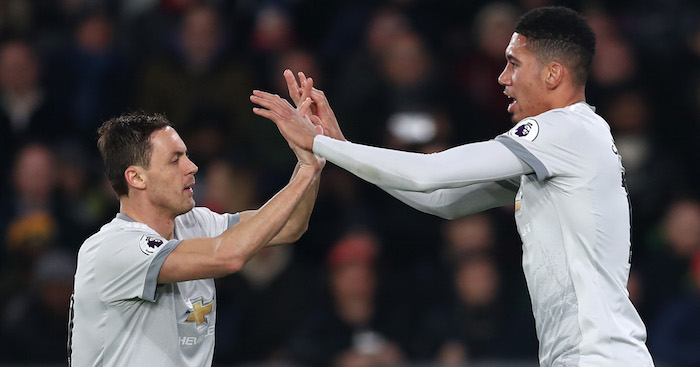 Manchester United’s Nemanja Matic volleyed a stunning added-time winner as they fought back from two goals down to beat Crystal Palace 3-2 in an enthralling clash at Selhurst Park and climbed to second place in the Premier League on Monday (March 5).

Palace, who have never beaten United in the Premier League, took the lead after 11 minutes when Andros Townsend ran onto Christian Benteke’s square ball and struck a left-foot shot that deflected off Victor Lindelof past goalkeeper David de Gea.

The hosts went 2-0 in front three minutes into the second half when Jeffrey Schlupp took a quick free kick after a foul on Benteke and left back Patrick van Aanholt raced at goal before firing past De Gea to put Palace in the driving seat.

United pulled a goal back seven minutes later when the unmarked Chris Smalling headed in Antonio Valencia’s cross and equalised in the 76th when Alexis Sanchez’s effort came back off the bar and Romelu Lukaku turned two defenders to fire home.

Matic then snatched the points when his volley from 25 metres curled away from diving keeper Wayne Hennessey into the top corner to put United back into second spot on 62 points, 16 behind Manchester City, and left Palace in the relegation zone.