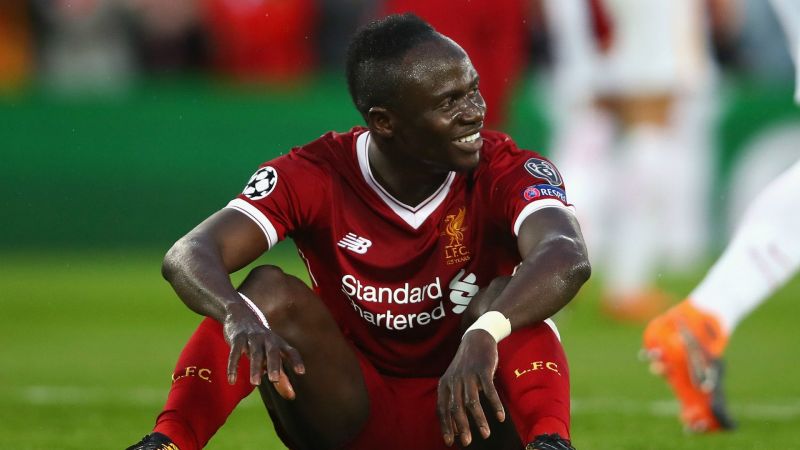 Sadio Mane has revealed he has bought 300 Liverpool shirts to send back to his old home village for fans to wear during the Champions League final on Saturday.

The Reds forward was living in Banbali in south Senegal in 2005 when Liverpool last prevailed in the final of the competition, against AC Milan in Istanbul.

Mane remembers watching that match, which Liverpool won on penalties after a dramatic 3-3 draw, and he expects the village to be glued to television screens this weekend when his side face Real Madrid in Kiev.

To that end, he has sent some jerseys back to Banbali to help drum up some extra support.

“If you’d said I would play in the final, I’d say that is something incredible in my life,” he said. “Hopefully we are going to win. My family still live in the village – my mum and my uncle.

“They are all going to be watching. There are 2,000 people in the village. I bought 300 Liverpool jerseys to send to them, so the fans can wear them to watch the final. I will be going back in the summer after the World Cup and – hopefully – I will be showing everyone a winner’s medal.”

Liverpool’s triumph 13 years ago was one of the most memorable in the competition’s history, with Rafael Benitez’s side fighting back from a 3-0 half-time deficit to claim the trophy.

Mane was watching with a friend who, he says, “stopped watching until the end and ran like crazy to get away” before returning at full-time to see the result.

“Three-nil down, then 3-3 and penalties,” Mane remembered. “This is a big memory for me. He came back at the end and he could not believe it… even to this day, he cannot believe it! Liverpool had won!

Liverpool are considered underdogs by many to lift the trophy, with Madrid going in search of a third consecutive triumph in Europe’s top competition.

Mane accepts not everyone will be supporting his side in Ukraine but he insists a victory for Liverpool would be better for the game.

“I cannot say most of the world will support us, because Real Madrid fans will say otherwise,” he added. “Maybe everyone who is not for Real Madrid – and Everton, Manchester United and Manchester City fans!

“But I think everyone else would like to see Liverpool win the trophy. It would be good for football.”