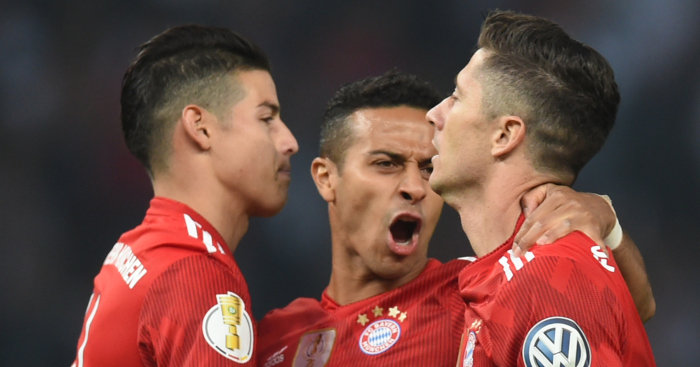 United have signed Fred, Diogo Dalot and Lee Grant so far this summer, bringing their overall spend to just over £70million.

But Arsenal and Liverpool have both arguably been more impressive in their transfer business over the last couple of months, while Manchester City have spent a club-record fee to sign Riyad Mahrez.

The Independent therefore claim this has been a ‘frustrating’ window for Jose Mourinho’s side, one they ‘are looking to kick-start’ with two huge signings.

Bayern ‘are open to selling the pair’, and United have shown a previous interest in both. They almost signed Alcantara in 2013 before the midfielder moved to Germany, and have long admired Lewandowski.

A number of clubs across Europe have been contacted with regards to a possible move for either player, but United ‘have both the need in the respective positions and enough money to pull off each deal’.