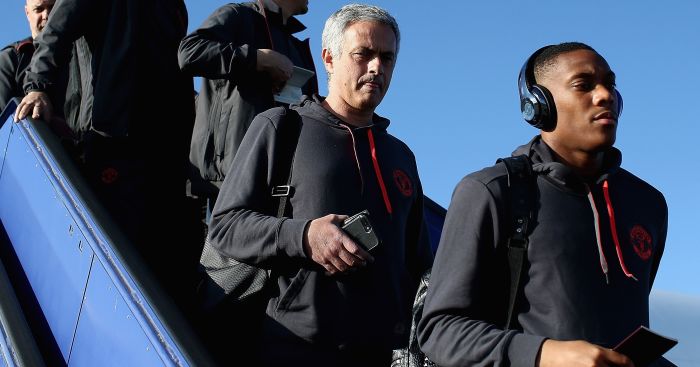 The 22-year-old is believed to want a move away from Old Trafford and was completely left out of the matchday squad that lost 3-0 to Tottenham on Monday night.

That came after the attacker started United’s previous clash against Brighton, only to be one of a number of players that disappointed and was substituted after an hour.

Anthony Martial Manchester United
Reports had emerged that Martial had taken out a new lease on a house near Manchester United’s training ground, but it’s reported that he still wants to leave the club.

Jose Mourinho became unhappy with Martial after he failed to return to United’s pre-season tour of America due to the birth of his child.

But RMC Sport reports that Old Trafford bosses have still turned down offers from Milan and Atletico for the former Monaco man.

Barcelona, PSG and Juventus have all also been linked with the striker, who has struggled to earn a regular starting spot under Mourinho.