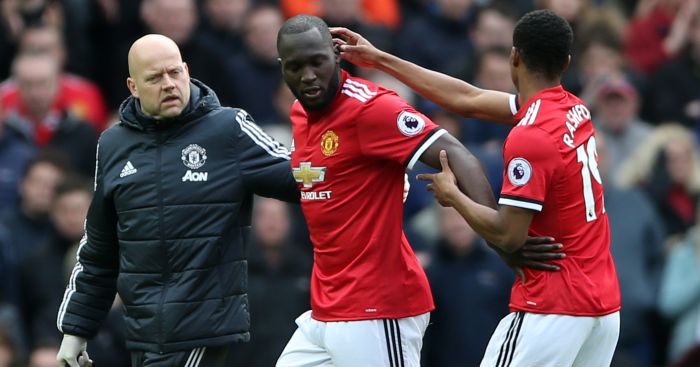 Manchester United striker Romelu Lukaku is reportedly winning his battle to be fit for the FA Cup final against Chelsea.

The Belgium star was forced off with a foot injury five minutes into the second half of his side’s 2-1 Premier League win over Arsenal at Old Trafford on Sunday.

United boss Jose Mourinho said he was unable to say whether Lukaku would be fit for the Wembley showpiece with the Blues on May 19, although early indications are that the frontman should be available.

A scan has yet to determine the full extent of Lukaku’s injury, but it is understood the 25-year-old is set to be back before the final day of the Premier League campaign on May 13, according to a report in the Daily Mirror.

Mourinho has plenty of cover for Lukaku up front in Marcus Rashford and Anthony Martial, but he has been United’s first choice for the No. 9 role and will likely play a key part when he faces his former club at Wembley.