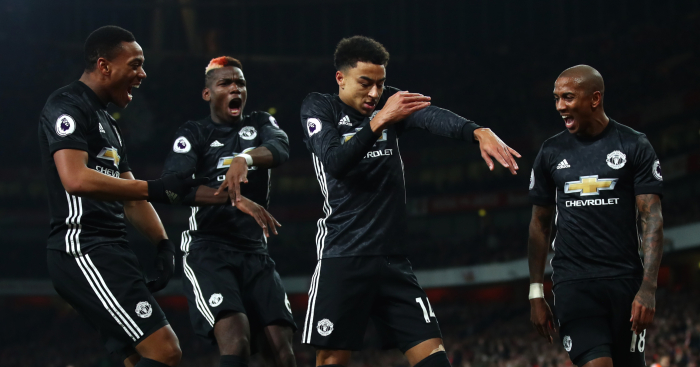 Four key individuals at Manchester United are distancing themselves from Paul Pogba.

Pogba and United manager Jose Mourinho are locked in a battle for power at Old Trafford – one which neither should win, really.

But it seems as though Mourinho’s fears that the dispute could create a divide within his squad are being realised.

The Portuguese laid into Marcus Rashford in an attempt to assert his authority, with the England international one of those relatively close to Pogba.

And that has led to a number of players – and even one notable coach – keeping apart from Pogba when possible.

‘Ashley Young, Nemanja Matic and, before he retired and joined the coaching staff, Michael Carrick are among those who have kept their distance from Pogba,’ writes Chris Wheeler in the Daily Mail.

‘Intriguingly, Romelu Lukaku has also cooled his friendship with a team-mate who played a part in his £75m move to United from Everton last year by joining him on holiday in the US.

‘Lukaku does not want to be seen to be backing Pogba against Mourinho. The two players remain on good terms but club insiders have noticed they are not as close as before. The other players who have been caught in the middle of Mourinho’s rift with Pogba are growing tired of the behaviour of both men and the toxic atmosphere it has created.’