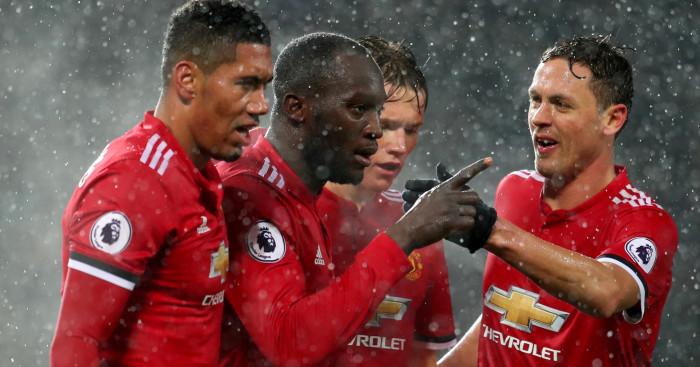 Romelu Lukaku believes he has become one of the first names on Jose Mourinho’s Manchester United team sheet due to his ability to be a “sergeant” on the pitch.

The Belgium forward has struck 23 goals since a £75million move from Everton over the summer, but has regularly faced criticism from pundits and fans alike after a dip in form over the autumn.

Despite that, Lukaku has completed the third most minutes for United in the Premier League this season, with only David De Gea and Nemanja Matic featuring more regularly.

The January signing of Alexis Sanchez could have limited on Lukaku’s chances, but the former Chelsea man appears in a confident mood as he explained why he’s one of Mourinho’s apparent ‘untouchables’.

“I think the manager in his mind thinks that I’m like his sergeant on the pitch and that’s strange for a striker because it’s usually the midfielders,” he told Sky Sports.

“But I’ve always worked hard and I’m grateful but at the end of the day, I’m a striker and I have to score goals.

“He [Mourinho] has been really good but I think he knows I have that soldier mentality.

“I think the work rate I am delivering to the team is a lot and he knows he can come to me whenever, I will always put the team first ahead of myself and that’s something I told him, I said ‘the team is the most important thing.”

When asked if he has become undroppable at United, the striker insisted he would continue to work hard and never take his place for granted.

“The desire to win is bigger than ever now since I came to this club because I always wanted to win and to chase trophies.

“I always put that in front of my personal objectives and he knows that. ‘I think that’s the reason why I’m playing all the time.”