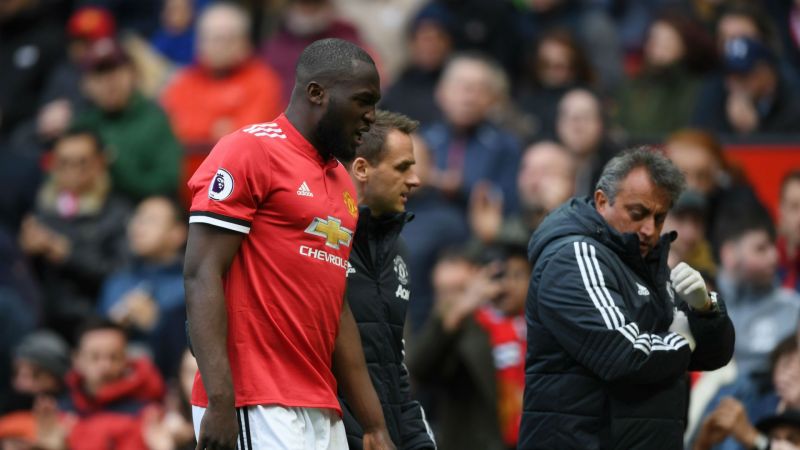 Jose Mourinho is optimistic Romelu Lukaku will be fit for the FA Cup final against Chelsea, although he will miss Manchester United’s trip to Brighton and Hove Albion.

The striker was taken off in the second half of United’s 2-1 Premier League win over Arsenal last Sunday after a heavy but fair challenge from Konstantinos Mavropanos.

He will not be risked for Friday’s league visit to Amex Stadium but manager Mourinho says his prospects of playing at Wembley on May 19 are “positive”.

“I don’t know, I just know we need to wait for more scans, more time,” he told a news conference. “It looks positive [for the final].”

Mourinho went on to insist he is happy that David de Gea won United’s Player of the Year prize for the fourth time in five years.

The Portuguese stated last season that seeing a goalkeeper win the award so many times at a club of United’s standing means “something is wrong”.

However, Mourinho has now argued more keepers should get recognition in the Ballon d’Or voting and praised De Gea for “beautiful” and “iconic” saves this season.

“It’s good,” he said when asked how he felt about the Spain star’s win. “It’s not so surprising because [Cristiano] Ronaldo, [Lionel] Messi don’t give many chances, but it’s quite surprising that in the big international awards there is never a goalkeeper. Goalkeepers are fundamental in football teams.

“David is having a very good season and I don’t see it as a problem. This season, there are other players who wouldn’t be a bad choice, but David was very consistent in the season, had some almost iconic saves because they were so beautiful, so fantastic.”

United will all but guarantee second place in the table if they defeat Brighton, who are themselves close to securing Premier League survival.

Mourinho admires the work done by Chris Hughton on the south coast and does not think they are in danger of the drop any longer.

“Very, very good,” he said of Hughton’s efforts. “To go from very, very good to amazing, he just needs to confirm mathematically the Premier League.

“I think they have the job done but mathematically they still need a point, some other results that are going to happen for sure. It’s not possible that everybody wins every match, so I think Brighton are already in the Premier League for next year.

“Fantastic job for Chris and not surprising for me because since the beginning of the season they are showing the quality, the mentality to get the points to stay in the division.”