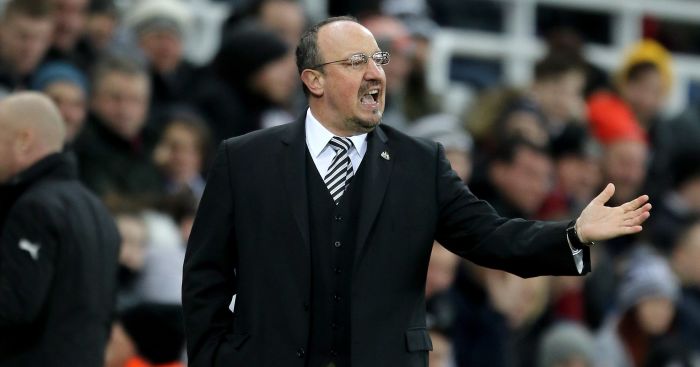 Newcastle United boss Rafa Benitez has his sights on hitting 40 points in the Premier League this season in the club’s attempt to avoid relegation.

Their narrow 1-0 victory over Huddersfield Town on Saturday means they are now seven points clear of Southampton, who occupy 18th place in the league.

And the Spanish manager was pleased with the three points and hailed goalscorer Ayoze Perez for keeping his cool in front of goal.

“It was an important game and we needed to win,” Benitez said after the match. “They are a good team, well organised. We didn’t take our chances and in the second half there was a risk we could be caught, but we stayed calm.

“Ayoze Perez was doing a good job. He needed to stay calm in that position, move around the position and take his chance.

“It was a great atmosphere and the team and fans together are stronger.

“Forty points is the figure we are looking for and that’s it.”