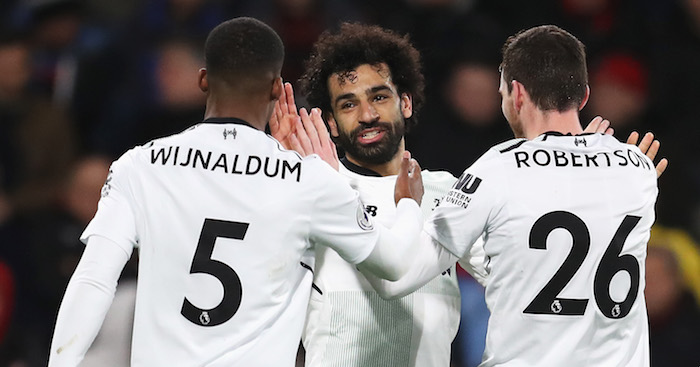 Liverpool could have signed two players instead of Mo Salah and Georginio Wijnaldum, according to a report.

Salah made an incredible start to life at Anfield, winning the Golden Boot in his first season following his move from Roma.

Klopp has tracked Leverkusen winger Julian Brandt for the duration of his time at Anfield and appeared to come close to signing the player.

Kicker did claim that Brandt would be allowed to move on during the summer if a suitor matched their €60million (£52.5m) valuation, with the Reds still linked.

Meanwhile, the report also states that Klopp had another target in mind before he eventually signed Wiljandlum.

The Echo claims that Piotr Zielinski attracted interest from the former Dortmund boss whilst at Udinese, and he has since gone on to impress for Napoli.

Calciomercato recently suggested that Klopp is still tracking the progress of the 24-year-old, who is under contract in Naples until 2021.

The Italian source even claim the German remains “enthralled” with what Zielinksi – who has a €65m release clause – has to offer.