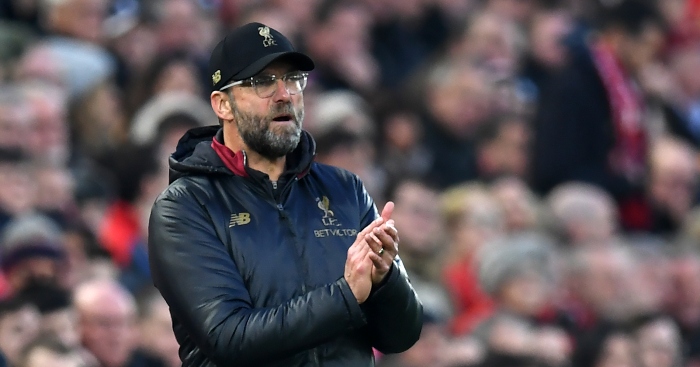 Liverpool manager Jurgen Klopp denies their FA Cup exit has given them an advantage over Premier League title rivals Manchester City and Tottenham.

Defeat to Wolves on Monday left the league leaders with a run of five matches – against Brighton, Crystal Palace, Leicester, West Ham and Bournemouth – before the Champions League last-16 encounter with Bayern Munich in February.

By comparison, City and Spurs are both still in four competitions and have Carabao Cup semi-final second legs and FA Cup fourth-round ties to play within that time.

But Klopp said: “There’s no advantage, we will see it.

“When does the Champions League start? In February? It’s not even a month and then we talk again completely differently. It’s just the situation.

“Other teams played more games, they are still in competitions, but they can deal with it, you can see it.

“We could deal with it as well with the right number of players, that’s how it is, but that’s all. There’s no advantage, we have to use the time.

“I would love to still be in these competitions but we are not in. I know Pep (Guardiola) said already that he prefers to be in four competitions.

“Yeah, I would prefer the same. But we are not in, so we have to make the best of the time we have now and get as many points as possible.

“You have to use the time and really be week in, week out the best shape we can be, understand the job right, understand the challenge right, and go for it. That’s our job, nothing else.”