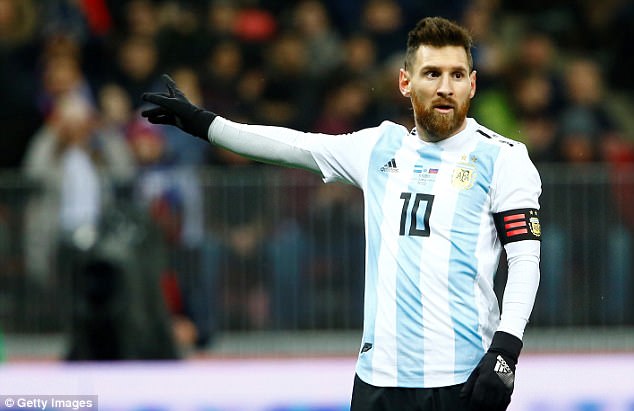 Barcelona star Lionel Messi has hinted he may retire from international football following on from this summer’s World Cup.

The 30-year-old is set to play in his fourth World Cup finals but has been part of a side which lost the 2014 World Cup final and two subsequent Copa America showpieces.

“It’s true that we believe this squad will be playing at our last major tournament together,” Messi told La Cornisa in his native country.

“We have reached three finals but have not won any and obviously the future depends on the results and the feeling of the squad, but it’s what we sense.

“There have been many things said about us and many questions asked, and if we do not win this summer then more players will be asked to leave.

“It is nice to see people wishing me and the team a great World Cup, and so many want to see me win the trophy.”