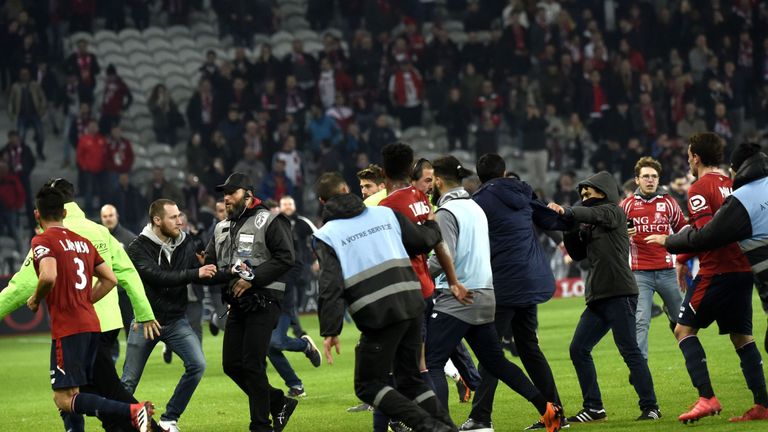 The French football league will investigate incidents at Lille’s Pierre-Mauroy stadium, after fans ran onto the pitch and attacked their own players following their 1-1 draw with Montpellier on Saturday.

TV footage showed supporters running towards the Lille players and aiming kicks at some of them.

“The LFP firmly condemns the incidents that occurred last night the Pierre Mauroy stadium after the Lille v Montpellier game,” the Ligue de Football Professionnel, the governing body that runs the leagues, said in a statement.

“As soon as Thursday, the disciplinary commission will look into these incidents.”

Lille are second from bottom in the Ligue 1 standings.