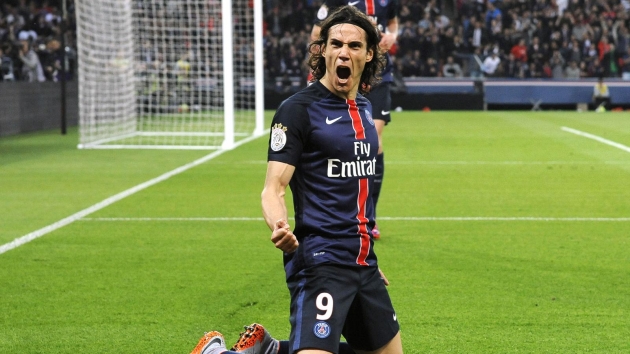 Paris Saint-Germain brushed aside bottom club Metz 5-0 in Ligue 1 on Saturday (March 10) to ease some of the pain of their Champions League exit at the hands of Real Madrid in midweek.

The result restores PSG’s 14-point lead over reigning champions Monaco at the top of the table with just nine games left, keeping them on course to reclaim the title.

A clean sweep of the domestic trophies for the third time in four seasons is on the cards, although that will not completely make up for the disappointment of another underwhelming campaign in the Champions League.

Tuesday’s 2-1 home defeat against Madrid condemned them to a second consecutive exit from that competition in the last 16 and effectively ended any prospect of Spanish coach Unai Emery still being in charge next season.

Emery, who was jeered by some sections of the home support, had to somehow lift his side for this game, with PSG missing suspended leading scorer Edinson Cavani as well as the injured Neymar.

“Everyone knows that we are disappointed, that we disappointed the fans, but we are trying to move forward again,” said Mbappe.

“One match is not going to allow us to forget everything. Digesting what happened is difficult but we are professionals, so we need to turn the page and move on.”

Belgian right-back Meunier, who came in for Dani Alves and opened the scoring inside five minutes, added: “It was an excellent reaction after the elimination.

“It is very positive. Mentally it does us good, and it allows us to put Tuesday almost definitively behind us.

“There is no point living with regrets. We have three trophies to go and win still and that is the most important thing,” added Meunier, whose side are through to the French Cup semi-finals and play Monaco in the League Cup final at the end of this month.

After Meunier’s opener, Nkunku put the game beyond Metz before the half-hour mark with two low finishes.

He was unlucky not to get a hat-trick, a header from Angel di Maria’s cross on the stroke of half-time disallowed for a marginal offside call.

However, Mbappe did make it 4-0 before the interval by scoring after being set up by Marco Verratti.

Captain Silva headed in late on to complete the scoring, as Paris maintained their perfect record at home in the league this season.

Second-placed Monaco won 3-1 at Strasbourg on Friday with Stevan Jovetic, Rony Lopes and Fabinho getting their goals.

Elsewhere, hundreds of angry Lille supporters invaded the pitch at their Stade Pierre-Mauroy after their struggling side drew 1-1 at home to Montpellier.

Some of the pitch invaders tried to attack the young forward Nicolas Pepe, who had scored their goal, before making their way towards the players tunnel, below where club directors were watching on.

Stewards eventually managed to keep back the supporters, who are unhappy at the way their team’s season is going – Lille are in the relegation zone, with Christophe Galtier struggling to turn around the fortunes of the side after Marcelo Bielsa was sacked late last year.

Nantes moved back up to fifth, which is likely to be enough for a European place, after beating Troyes 1-0 with a late Emiliano Sala goal, his 12th of the season.

They replace local rivals Rennes, who came from behind to draw 1-1 with Saint-Etienne.