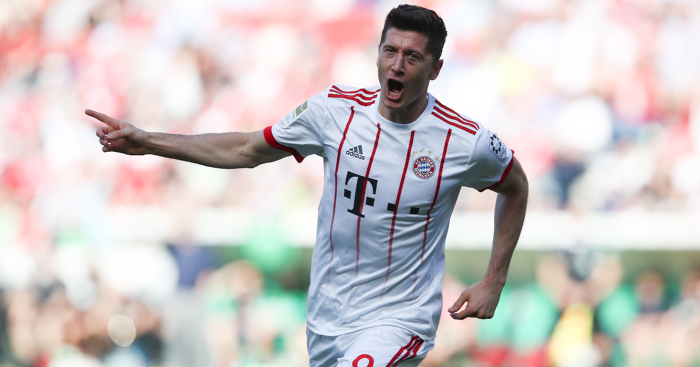 Robert Lewandowski has praised the impact new coach Niko Kovac had on his decision to stay at Bayern Munich.

The Polish striker was heavily linked with a departure this summer, but has stayed at the Bundesliga champions instead of heading to Real Madrid or the Premier League. Manchester United and Chelsea were among those linked.

He told Sport Bild: “I had a really good discussion with Niko Kovac.

“He understood how I felt. The coach explained to me how he wanted to play. I liked that, and because of that decided I wanted to stay. My mind set changed that day.

“I know I’ve made mistakes, but I’m only human.”

Despite finishing as the Bundesliga’s top scorer last season with 29 goals, Lewandowski occasionally received criticism. However, he is determined to bounce back.

“The end of last season wasn’t good,” he said. “Not scoring in the semi-final against Real, losing the cup final, not scoring at the World Cup. That’s been motivation for me.

“I love playing football. I also know I need to work to be more successful. I want to push my boundaries and win more titles.”