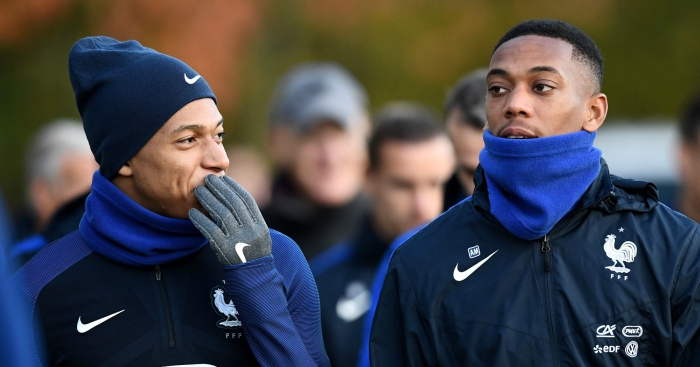 Kylian Mbappe has spoken of the enjoyment he gets playing alongside Manchester United forward Anthony Martial for France.

Mbappe and Martial started for France against Russia, with Ousmane Dembele rounding off an exciting front three for Les Bleus.

The PSG forward netted twice in a 3-1 win, with Paul Pogba adding a goal of his own with a sublime free-kick.

The signs were positive for France, who will enter the World Cup as one of the favourites after finishing as runners-up at Euro 2016.

Mbappe hopes that he, Martial and Dembele can continue to evolve as an attacking trio.

“I’m happy, the most important thing was to win,” Mbappe said. “It’s always good to beat records, but I don’t go looking for that.

“I played with players it’s easy to link up with; it’s simple to play with Ousmane and Anthony. We have to work on our understanding, but I think it was a good start.”