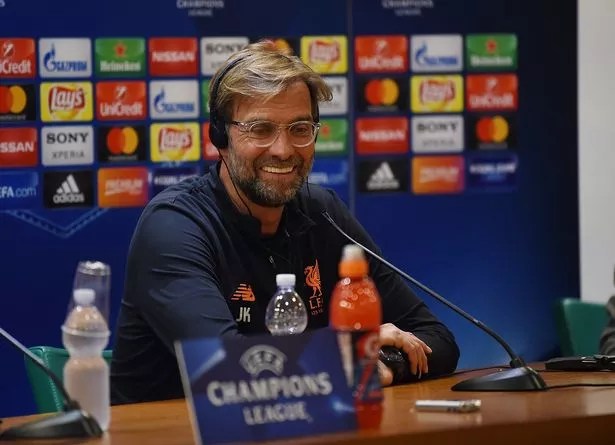 Liverpool manager Jurgen Klopp has warned against complacency as his side take a 5-2 lead to Roma in the second leg of their Champions League semi-final.
Security concerns have overshadowed preparations for both clubs, and Liverpool have passed on specific advice from Italian to any fans travelling abroad, telling them how to behave and travel throughout their stay:

The concerns have been exacerbated by violence between the two sets of fans in Liverpool, when Roma fans were seen attacking Liverpool supporters with belts and other weapons.

That incident led to 53-year-old Sean Cox needing medical treatment, and he is currently still seriously ill in hospital. Two Roma fans have since been charged with the attack. Roma players each wore shirts saying, ‘FORZA SEAN,’ during training in his honour, with Liverpool manager Jurgen Klopp saying he, ‘loves the gesture.

Another Liverpool fan was reported to have been attacked with a metal bar in Rome on Monday night.

” The world is watching. We are Rome’s ambassadors and we carry a great responsibility both inside and outside Stadio Olimpico.”
Klopp said that his players will, “fight for our dreams,” during a match that could see them reach their eighth European Cup final, and their first in a decade. He was, however, wary about any overconfidence going into the match because Roma pulled off a famous comeback in their quarter-final match against Barcelona, winning 3-0 in the home leg after trailing 4-1 after the first.

” It’s great that the boys gave us the opportunity to be here with their performances, the attitude they showed and all the things they did in this Champions League campaign. We deserve to be here and if we get the result we need we will really deserve to be in the final. We are here to fight for our dreams, that’s how it is, and we want to go to the final. After the game at Anfield a few people had a feeling we lost. We didn’t. Meanwhile after a week a few people think Roma only have to win 3-0 but that is quite a result and we will be there as well tomorrow, we will not be waiting in the dressing room.”

“Barcelona did not do a lot wrong in that game but Roma was more ready than Barcelona. Barcelona probably thought it was decided. Everyone is telling us it is quite difficult and possible but no one told Barcelona it is possible to beat you 3-0 because no one could imagine it could happen. But it happened. I didn’t need a warning but, if a warning was needed, there it is.”

Klopp refused to comment on what might be his side’s biggest problem – the temporary absence of his assistant of 17 years, Zeljko Buvac. He is rumoured to be joining Arsenal’s coaching team, with some speculation he may even take over as head coach. Klopp told reporters, “We gave a club statement on that and that’s all we will say at the moment – nothing else.”

On the pitch, Liverpool will be unable to call upon Joe Gomez. Other injury worries have receded, as Jordan Henderson and Trent Alexander-Arnold took part in full training on Tuesday night.

Sadio Mane and Alberto Moreno also return to contention, but Joel Matip, Alex Oxlade-Chamberlain and Emre Can look certain to miss out.

Roma will be without Rick Karsdorp and Gregoire Defrel, and Diego Perotti and Kevin Strootman are also doubts for the match. Strootman and Cengiz Under, replaced at half-time in the first leg, may be replaced by Stephan El Shaarawy and Patrick Schick.