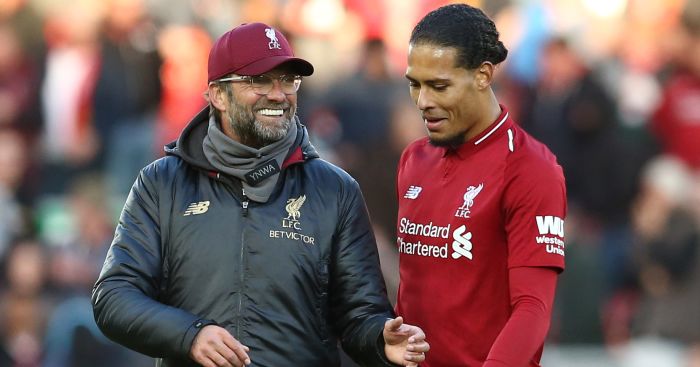 Liverpool boss Jurgen Klopp praised his side’s ability to bounce straight back after they conceded a late goal against Cardiff before taking control again.

Sadio Mane scored twice and Mohamed Salah provided two assists as the Reds took over at the top of the Premier League table after beating the Bluebirds 4-1.

The Reds, who conceded a league goal at home for the first time since February when Callum Paterson beat Alisson Becker in the 78th minute, secured all three points thanks to Mane’s brace and efforts from playmaker Salah and Xherdan Shaqiri.

On the performance, Klopp told BBC Sport: “If you are not patient against Cardiff you will not find space. They don’t give it away. In the decisive areas it makes it is quite tricky. The start was good, got the goal and had chances.

“Because of the Wednesday game concentration dropped, we gave the ball away, set pieces were so hard because they are so dangerous. We defended them pretty well. 1-0 at half time, all good. Sadio scores, but it doesn’t change anything for Cardiff, very compact still.

“But 90 minutes in the creative mood costs you. The boys don’t like it, I don’t like it, but the goal helped because at 2-1 Cardiff started believing and we used the space for nice goals. Happy because it is difficult, playing Wednesday and Saturday, we are through it with maximum points. That is good.”

As for sub Shaqiri’s display, the Reds boss added: “Having a good footballer helps. Four games in a row he has played with us and his country so clear he would not start today. Bringing him on is a good thing to do. We have a good squad, if they stay fit we have a lot of players who can play. He had a good impact.”

And on Liverpool returning to the Premier League summit: “In my whole life I wanted to be top for 24 hours. Not too decisive but 26 points is good.”