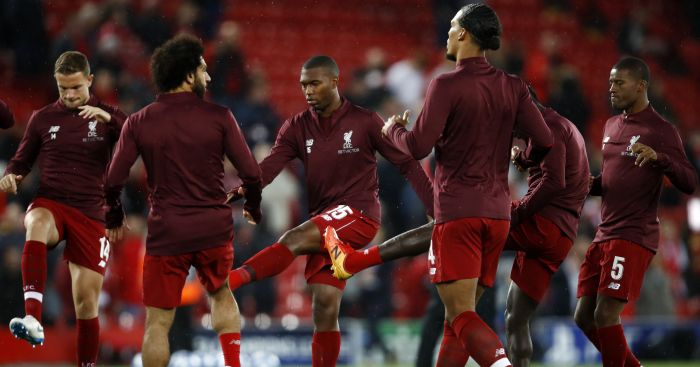 Jurgen Klopp has hailed the way Liverpool blunted the threat of Neymar and PSG’s expensively-assembled attack in their 3-2 win over the Ligue 1 giants on Tuesday evening.

The Reds boss was full of praise for two of his goalscorers Daniel Sturridge and Roberto Firmino after the match, while PSG boss Thomas Tuchel was left to reflect on another injury-time defeat at Anfield.

Klopp felt his side performed well against the much-vaunted PSG frontline of Neymar, Kylian Mbappe and Edinson Cavani, although the former two did combine for the Frenchman’s 83rd-minute equaliser after a touch of good fortune had allowed Thomas Meunier to pull one back just before half-time.

“I expected the biggest problems we had, to be honest,” the Reds boss said.

“When I saw their line-up it was clear they were going to try to bring all the big ones, Neymar first time in left wing plus (Angel) Di Maria in the half-space, made life difficult but I don’t remember a lot of chances for the opponent.

“It was really good defending but you cannot defend completely against them for 95 minutes. They looked really confident, more tuned than in the past.

Klopp has made very few alterations to his starting line-up this season but even when he does it is seamless.

“We look now much more tuned than it maybe was in the past,” he said.

“We played a midfield who played a lot of times last season together, that was the reason for that performance.

“It was clear that Hendo would come back and what a brilliant performance from him.

“Physically-wise, so good because obviously as we know that the players after the World Cup normally struggle a bit (but) he is ready now and that’s really important for us.

“We didn’t learn a lot which we didn’t know before, but it’s nice to see that we can do it. That’s it.”