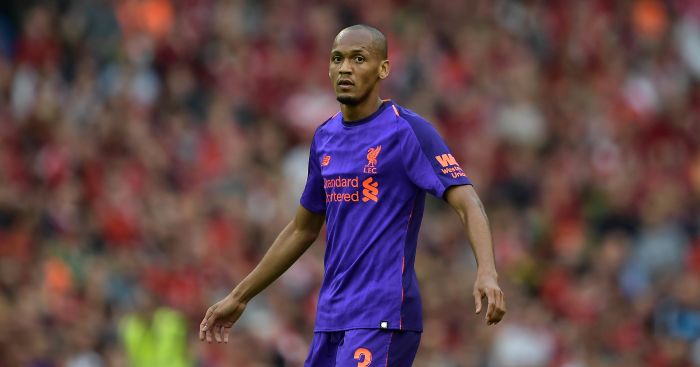 Jurgen Klopp claims Fabinho is making “big steps” as he attempts to force his way into Liverpool’s starting line-up this season.

Much was expected of the Brazilian following his £39million arrival from Monaco in the summer transfer window.

However, he is yet to play in a competitive match for the Reds as they made a perfect start to the Premier League season with two wins from their first two matches.

Speaking ahead of Liverpool’s clash with Brighton, Klopp said: “It is about players understanding the position and who else is available as well, otherwise Fabinho would have been involved in the squad as he was in the first week. That is it.

“It is different football to what he is used to but he is improving already with big steps.

“I can see that in the sessions and that is cool. He is used to playing at a high level in France.

“It is not about who we play but about how we play. It is all fine. For sure it is not nice for a new player [to not be playing]. It never was.

“But you see Andy Robertson running around here at Melwood now and he’s a completely different person to the one who was here in the first three months.

“That’s how it is. But everything will be fine with Fabinho.”