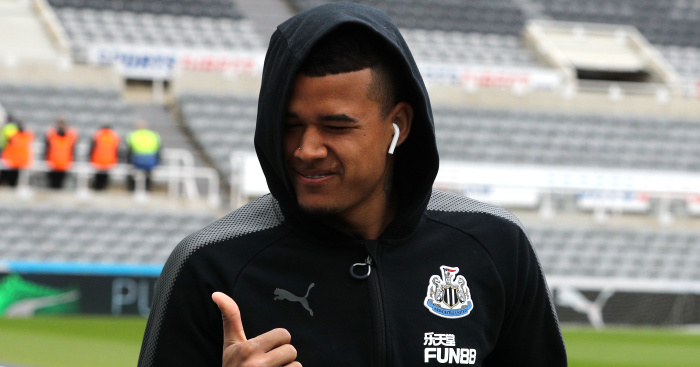 Newcastle have announced that Kenedy has rejoined the Magpies on a season-long loan deal from Chelsea.

The Brazilian winger enjoyed a successful 2017/18 campaign on loan at St James’ Park and the two clubs have agreed a repeat arrangement for the forthcoming season.

The former Brazil Under-23 international becomes Newcastle’s third addition of the summer, following the permanent acquisitions of Martin Dubravka and Ki Sung-yueng.

He has joined up with the rest of the Magpies squad at the club’s pre-season camp in Ireland and will train on Thursday morning.

“I am so happy with this interest from Rafa Benitez, that he came back for me,” Kenedy told the club’s official website. “I want to keep it going, the work that I did here before, for the new season.

“I have received many, many messages on social media from the fans. They made me feel appreciated, so I wanted to come here in this new season and give everything on the pitch.”

United boss Benitez added: “I’m really pleased to have Kenedy back with us. I’m sure every fan will be happy with this signing.

“Hopefully he can keep playing at the same level that he reached with us last season. I wish him all the best for his time here.”