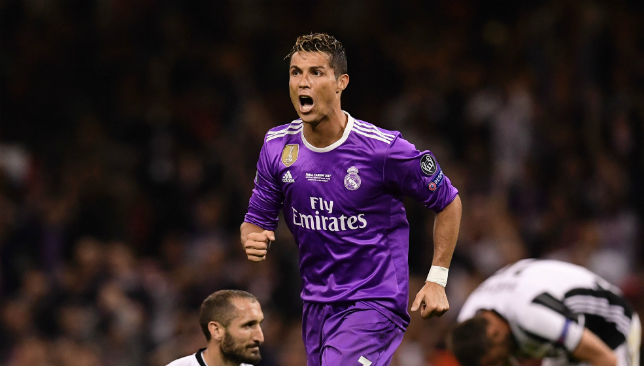 Real Madrid vs Juventus has been one of Europe’s most storied rivalries over the years, with last season’s Champions League final the most recent installment in the history of fixtures between the two teams.

A rematch for this year’s quarter-finals was far from the draw either side wanted, a fact acknowledged by both clubs, but that’s exactly what they’ve got in the most mouthwatering of match-ups in the last eight.

Here are three talking points ahead of Tuesday’s first leg.

EUROPE TO GET MADRID’S BEST

It’s become a truism in recent years, and especially this season, that Real Madrid lift their play in the Champions League. The internet has gone as far as to suggest the playing of the famous competition anthem ahead of all of Madrid’s games as a solution to lagging league form, whenever that has happened.

It’s only funny because it’s true, however. Barring this season’s 3-1 loss to a vibrant Tottenham side in the group stages, Zinedine Zidane‘s side have continued to show that this is the competition they care most about. It was evident even during last season’s double – with the league success more owing to the bench strength that Madrid no longer have.

But with nothing to play for on the domestic front, they can focus entirely on this tie. They face a Madrid derby against Atletico Madrid in between the two legs but while that is the tougher fixture on paper compared to Juventus’ weekend clash against Serie A stragglers Benevento, the tight nature of the race for Italy’s league title means the Old Lady will have to take their match more seriously. It could play into Madrid’s hands.

The 4-1 scoreline in last year’s final was harsh on Juve, but it confirmed just how dominant and ruthless Madrid were in the second half. Juventus manager Massimiliano Allegri won the initial tactical battle by matching up Mario Mandzukic against Madrid right-back Dani Carvajal, but as soon as Zidane sorted out the right side of his team by getting Luka Modric to drift wide whenever necessary, the duel was over.

This time around, there doesn’t seem to be any similar tactical tweak Allegri could employ. Mandzukic will miss out on the XI if his manager sticks to the 4-3-3 that has suited his team so far this season, and while Paulo Dybala and Douglas Costa can cause any defender fits, they don’t pose a nightmare the way Mandzukic did.

Meanwhile, the weaknesses Madrid were able to exploit last June still exist. Dybala is no more equipped to stop the Carvajal-Modric link-up on the right than Mandzukic was. Cristiano Ronaldo and Karim Benzema won their individual duels against Juve’s much-vaunted defence then and now come up against a rearguard that has swapped out Leonardo Bonucci for Mehdi Benatia – who has been shown up on occasions in Europe, most recently by Tottenham‘s Harry Kane.

Since the 1998 final between the two sides, which Madrid won, these two teams have met in the Champions League knockouts three times – and Juventus have prevailed on all three occasions, most recently in the 2015 semi-final. That result makes the Serie A club the last team to knock Madrid out of Europe.

Madrid even had the advantage of playing the second leg at home then, as they do now. It wasn’t enough as Juve prevailed 3-2 on aggregate despite conceding an away goal in the first leg.

The teams this time are quite different, of course, but even though Los Blancos have won the trophy for two years running, beating their old foes in a two-legged tie will be a far greater challenge than prevailing in a one-off cup final.