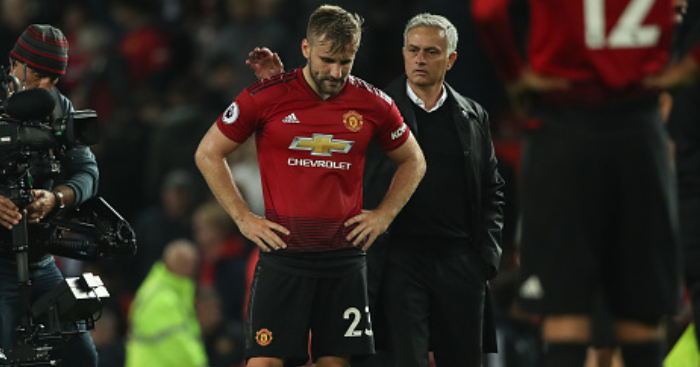 Jose Mourinho was reluctant to single out Paul Pogba despite the midfielder’s brace of goals helping them beat Young Boys in the Champions League.

United triumphed 3-0 in their group opener in Switzerland, with Anthony Martial also on target as United recorded their third win in a row in all competitions.

After the match, the Red Devils chief had some kind words for debutant Diogo Dalot and the rejuvenated Luke Shaw, but nothing for Pogba.

“I want to be also nice to Luke because I think both play at the same level,” the United boss said of his full-back.

“I think Diogo and Luke played very, very well. Our danger came from both of them – they had fantastic movement, depth, crosses, assists.

“They were involved in the most dangerous actions and they also defended well, so I think both of them were very, very good.

“But of course Luke is here for a few years and is playing since beginning of the season. For Diogo, first match for the club after knee surgery. I think a very good solid performance.