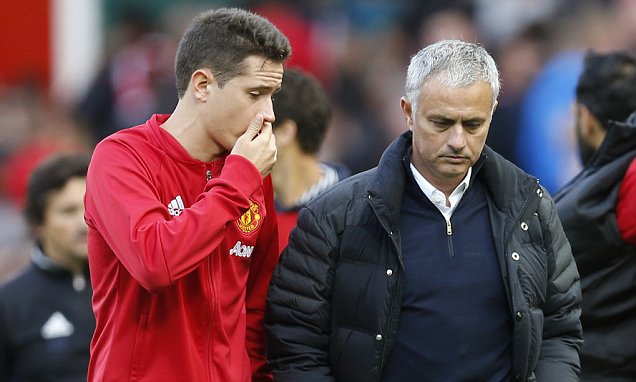 Jose Mourinho is fighting tooth and nail to keep two players as a LaLiga side eye a double raid, according to reports.

Valencia are looking to bolster their midfield in an attempt to close the gap on the elite Spanish sides, and El Gol Digital claim that they are eyeing a Manchester United duo.

The report claims that Ander Herrera is one of their targets, with the Spaniard struggling to break into United’s starting XI since the arrival of Nemanja Matic.

It was recently suggested that Mourinho is willing to offload Herrera in order to fund his summer spending, but he wants £27m amid links with AC Milan.

Valencia also apparently want to take Marouane Fellaini to the Mestalla, with the Belgian out of contract in the summer.

It has been reported that Fellaini has already rejected a new deal and is looking for a fresh challenge.

“Is he going to stay or leave? I don’t know,” Mourinho said last month regarding the 30-year-old.