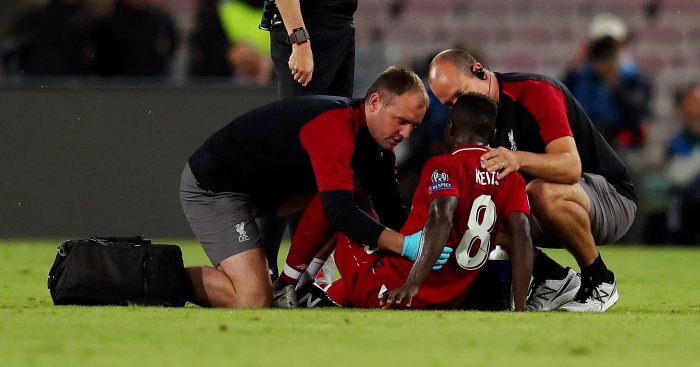 The Italian press are reporting that hospitalised Liverpool midfielder Naby Keita could be suffering from a heart problem.

Keita remains at Naples’ Cardarelli hospital where he arrived last night after he lasted just 19 minutes of the 1-0 defeat to Napoli.

The Guinea international, on his Champions League debut for the Reds was taken off on the medical cart.

Jurgen Klopp was unable to give much detail about the extent of the damage suffered by his £53million summer signing, only saying in his presser after the match: “It is his back, that’s what I heard. I don’t know exactly. We have to wait.”

Calciomercato though claim “Keita was in confusional state and was even struggling to breathe”.

He was immediately assisted by Liverpool’s medical staff and they decided to take him to the hospital, where he is under cardiologist Doc. Ciro Mauro, to get a diagnosis.

According to La Stampa, “Keita could be suffering a cardiac problem even if the exams made in the last few hours doesn’t highlight any heart disease”.