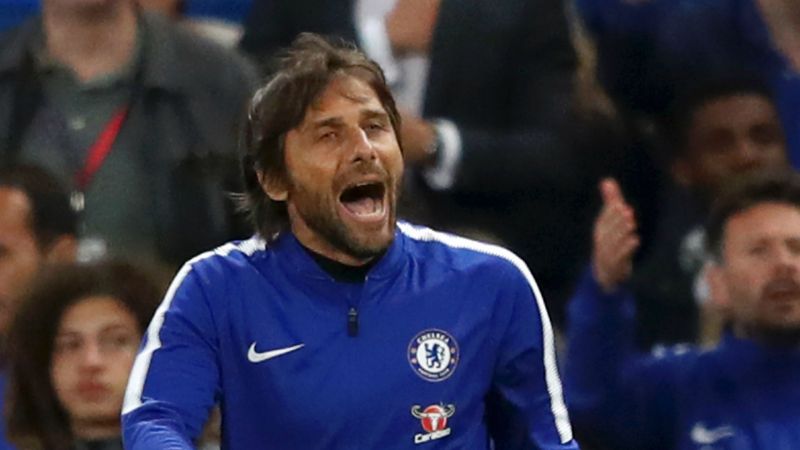 Antonio Conte accepts he may not get the chance to lead Chelsea into next season with the Blues looking set to miss out on Champions League qualification.

Wednesday’s 1-1 draw at home to Huddersfield Town in the Premier League means Chelsea are two points behind Liverpool with an inferior goal difference and only Sunday’s final round of fixtures to play.

Chelsea could yet end the season with FA Cup glory but Conte, who has a year remaining on his contract, is not certain he will be in charge next term.

“It’s always the same [question] and I don’t have a lot to add,” Conte told Sky Sports.

“This is not my task, the club has to judge the situation and take the decision.”

And Conte felt poor finishing was the reason Chelsea failed to boost their Champions League qualification hopes with a fifth consecutive league win.

“Our intention was to keep the hope alive and the only way was to win the game. Today we tried and tried with all our strength,” Conte added.

“When you create so many chances you must take them, but in this season it’s not the first time we are not clinical. There are many circumstances for this but we have to accept the final result.

“The commitment of the players was impressive as we tried to win the game until the end. But today we were a bit unlucky in many situations.

“We had to score one goal more than our opponent to get the points. I think this season a lot of times we made chances to score but didn’t take them.

“It’s not a situation only for the strikers but for the whole team, this is the reality. We must try to improve for the future.

“I think every team deserve the points they have on the table. In this moment we are fifth and we must accept this because we deserve this.”