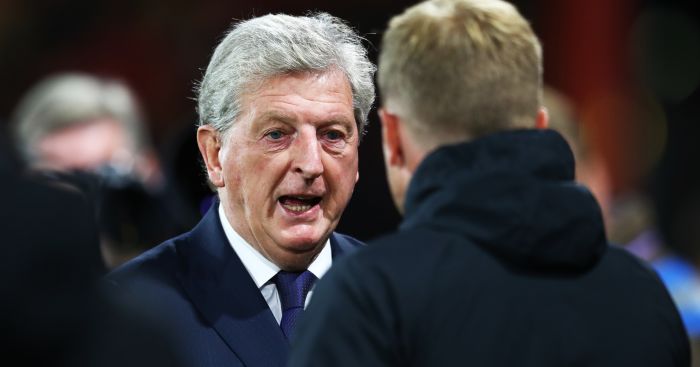 Roy Hodgson thinks the referee was correct to award a penalty late on against Mamadou Sakho as Crystal Palace lost 2-1 at Bournemouth in the Premier League on Monday night.

David Brooks’ opener was cancelled out by a Patrick van Aanholt strike just after half-time before Junior Stanislas converted a penalty late on to give the Cherries all the points.

“We did enough in the second half to get back into the game,” Hodgson told Sky Sports. “We played well so it’s disappointing to end up on the losing side for that penalty we gave away. It was errors on our part and we paid a price for it.

“It was such a good start from Bournemouth and we got ourselves back into it really well and looked dangerous. But I can’t say I’m particularly angry or disappointed with the team performance. On another day, we could have got something from it.”

On the penalty decision, Hodgson added: “We shouldn’t have given the free-kick away. I don’t know if Mamadou [Sakho] deliberately tried to catch him. It looks as if he did. When people look at the replay they will see that he caught him with his arm and as a result the referee gives a penalty.”