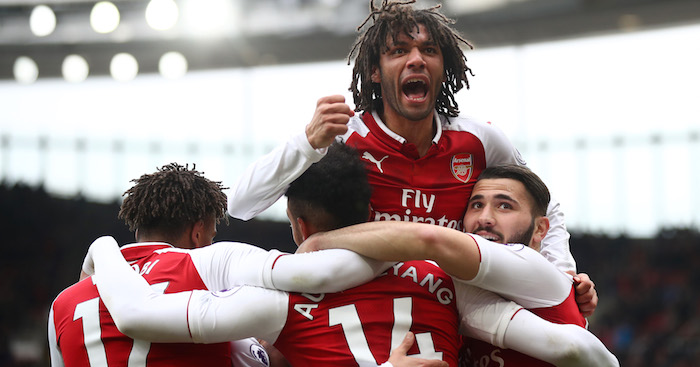 Arsenal boss Unai Emery has reportedly been told to trim his wage bill, which could see four players leave this summer.

The Gunners forked out over £70million on new additions this summer as Emery got to work overhauling the squad he inherited from Arsene Wenger.

However, the Mirror claims that Arsenal chiefs are worried about the situation surrounding some players’ contracts, and that they may have to sell in order to rectify the situation.

David Ospina and Carl Jenkinson could leave on loan before the end of the month, the report states, while the club are apparently open to letting Mohamed Elneny join Marseille.

Meanwhile, Joel Campbell is set to sign a three-year deal at Serie A minnows Frosinone, having a completed a medical.

The report also alludes to concerns over Mesut Ozil’s £300k-a-week contract, and fears that Aaron Ramsey could make negotiations difficult over a new deal.

Pierre-Emerick Aubameyang and Henrikh Mkhitaryan both arrived in January, and the Mirror describes that as “another strain on the wage bill”.

The Gunners will reportedly have a “purge on contracts” over the next two windows in order to get their wage budget under control.