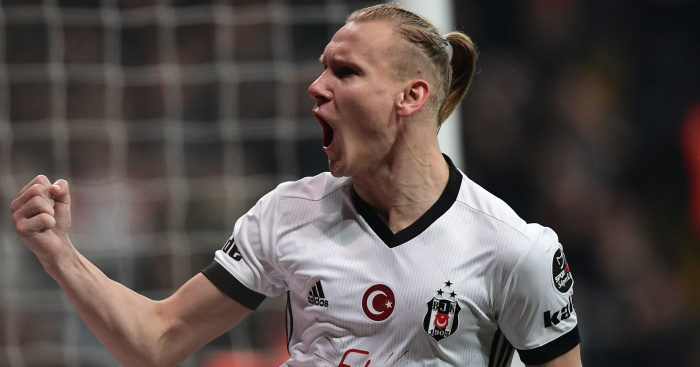 Jurgen Klopp is apparently still looking to add to his squad ahead of the new season despite already welcoming Naby Keita and Fabinho to Anfield.

Reports yesterday claimed that Liverpool have been given encouragement in their efforts to sign Besiktas defender Domagoj Vida.

BeIn Sports claimed the Reds had matched the €18m offer submitted by Tottenham on Tuesday in an effort to bring the commanding Croatian defender to Merseyside this summer.

Now, Turkish outlet Fanatik claims that having had an initial €18m bid for Vida rejected, Liverpool have returned with an improved €20m bid, though it is still short of the €35m asking price.

Meanwhile, TyC Sports claim that Liverpool have begun talks with Juventus to try and secure a deal for Paulo Dybala.

Speculation has been rife that the Reds were ready to make a club record offer of £80million for the Argentina international with other reports claiming that Klopp’s side would try and capitalise on Cristiano Ronaldo’s possible move to Juve in order to re-launch attempts to sign Dybala.

The report from TyC states that Klopp is willing to bid £80m from his budget to sign the Argentina international, formerly of Palermo.

Dybala was mooted as one of the possible options as a deal for Lyon playmaker Nabil Fekir collapsed in June.

There has been encouraging signs that a deal for Fekir – who is thought to be a long-term replacement for the departed Philippe Coutinho – could be resurrected.