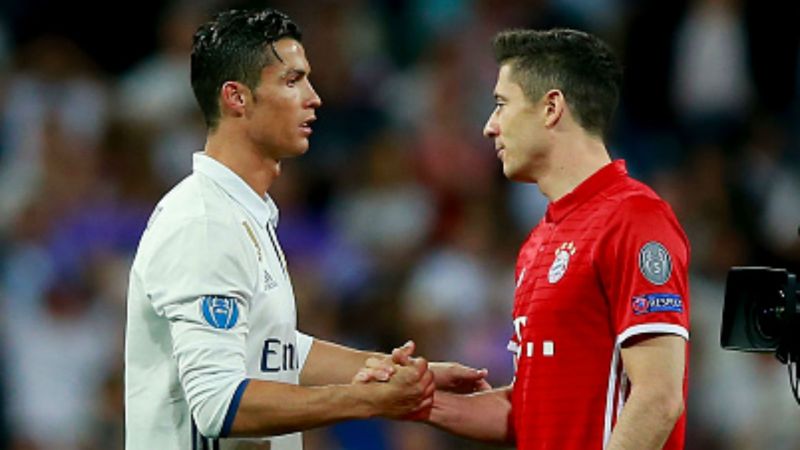 Bayern will be hoping to reverse a rotten run of form against the Spanish giants, but come up against a typically in-form Cristiano Ronaldo, who put Juventus to the sword in the quarter-finals as he fired his team into the last four.

However, the Bundesliga champions possess their own prolific marksman in Robert Lewandowski, and will hope he can outscore his Portuguese counterpart and take them to their first final since they last won the competition in 2013.

But, with the prospect of winning an unprecedented three Champions League titles in succession on the horizon, Los Blancos will be extremely motivated to reach the final in Kiev.

Below, we examine the best Opta data ahead of the first leg.

– The first leg will see Bayern and Madrid meet for the 25th time in European competition, while they have both won 11 games apiece to date (two draws). This match is already the most played European Cup/Champions League fixture in history.

– This will be the third time in seven seasons that the two sides have faced each other in the Champions League semi-finals, with Bayern progressing in 2011-12 and Madrid in 2013-14.

– Bayern’s run of five consecutive Champions League defeats against Los Blancos (three in the semi-finals and two in the quarter-finals) is their worst losing run against an opponent in competition history.

– Madrid have won each of their last two Champions League games against Bayern at the Allianz Arena, with both coming in seasons in which they went on to win the competition (4-0 in the 2013-14 semis and 2-1 in the quarter-finals in 2016-17).

– However, Jupp Heynckes has won 14 of his 16 home games at the Allianz Arena in the Champions League (D1 L1), with Bayern scoring 48 goals and conceding just 10.

– Of managers to have taken charge of at least 20 games in the Champions League, this tie features two of the top three managers in terms of win ratio. Only Luis Enrique (73 per cent) has a higher success rate than Heynckes (71) and Zinedine Zidane (67).

– Zidane has lost just one of his six combined Champions League games against Bayern as a player (P4 W2 D1 L1) and a manager (P2 W2), with that only defeat coming back in April 2002 at the Olympiastadion (1-2).

– Ronaldo has netted at least one goal in each of his last 11 games in the Champions League (17 in total); the longest scoring streak in competition history.

– The 33-year-old has scored nine goals against Bayern in the Champions League – the only player to have netted more goals against a single opponent in the competition is Ronaldo himself, scoring 10 versus Juventus.

– This game will feature the two top scorers in Champions League semi-finals history – Ronaldo has netted 13 goals at this stage, while Lewandowski has scored six times.