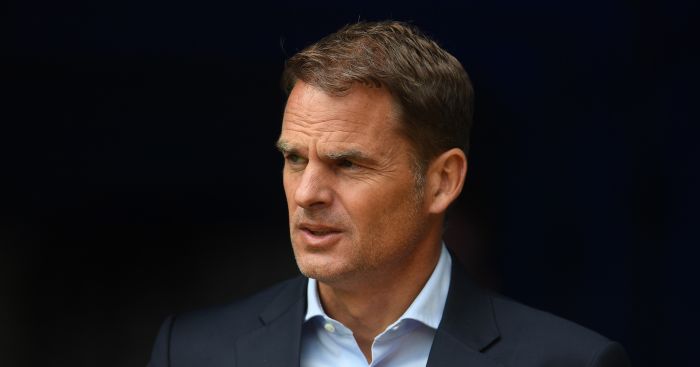 The Dutchman boss has been highly critical over Mourinho’s management of Rashford and the Portuguese boss let him know how he felt during the pre-match press conference.

“I read a quote from the worst manager in the history of the Premier League, Frank De Boer – seven matches, seven losses, zero goals – that Marcus would not learn under me,” Mourinho said.

“If he was coached by Frank he would be coached how to lose because he lost every game. I try to give the best to the kids, education. Marcus I have to be honest and give the credit to the people of the academy that were responsible for his formation and to Van Gaal for his first season in the first team.”

However, United crashed out of the Champions League in embarrassing fashion on Tuesday night, losing 2-1 at home to Sevilla after earning a 0-0 draw in the first leg.

Now, De Boer has hit back, stating: “I may be the worst manager in the history of Premier League, but he is the manager that spent roughly £1billion in his career and makes his teams play like that,” according to Di Marzio.