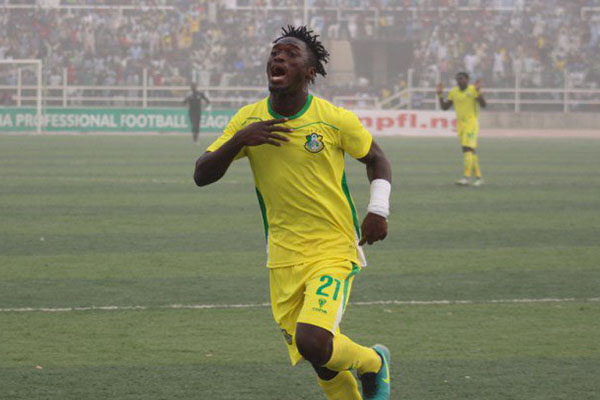 Nigeria coach Gernot Rohr says Premier League top scorer Junior Lokosa will be given his chance to stake a claim for a place in his World Cup squad.

The 25-year-old Lokosa has scored 16 goals for Kano Pillars halfway through the domestic league season.

“We will have a look at him (Lokosa),” former Gabon manager Rohr was quoted by Scorenigeria.com as saying on Thursday .

“He has been scoring goals.

“He has been observed by Salisu (Yusuf) ( Super Eagles assistant coach).”

Lokosa is most likely to be involved when a locally-based national team take on Spanish La Liga side Atletico Madrid on May 22 in Uyo.

Enyimba goalkeeper Ikechukwu Ezenwa is the only home-based player who has been fully involved with the senior national team leading up to Russia 2018.

According to reports, Ezenwa is expected to be listed on a provisional squad to be announced on May 14.