Real Madrid inched closer to a third consecutive Champions League trophy when Marco Asensio scores the winner at Allianz Arena in the Champions League semifinal first leg against Bayern Munich. Los Blancos will hold a two-away-goal advantage over Bayern in the return leg next week. The first half saw two injuries, two substitutions and two goals. The Germans took an early lead courtesy to Joshua Kimmich but Marcelo spoiled their fun just before the end of the first half. These are the cusps we scooped out of the game.

Lucas Vasquez starting ahead of Gareth Bale was the very first indication that Zidane has no further plans for Bale this season. When Asensio came on rather than the Welshman, it should have been obvious to all. Personally, I would have used Bale to stretch Bayern’s defence. Zidane saw something else. Consistency and dedication, something that Lucas Vazquez gives on the pitch every single time even though I think he is not that talented – but Zidane doesn’t give a tosspot about your price tag, he needs warlords not wantons

Once the world’s most expensive player, the former Spurs winger has only played a sickly 45 minutes in the last four games for Real Madrid. He needs to leave in the summer.

Asensio scored the winner coming off the bench against Bayern Munich. It’s a trip down memory lane. He did the same a year ago. If Ronaldo’s the king, Asensio surely is the crown prince. The young Spaniard has scored 11 goals this season. He is a very versatile option for his manager. His relation with Lucas Vasquez was magical. Real shifted from a diamond to 4-3-3. Asensio was the ideal counterweight to Ronaldo, who didn’t score in the Champions League for the first time this season until last night. Asensio’s tenacity, pace, and ability to dribble past opponents are staples that Bale and Ronaldo have given the club for years. He is young and has already scored in the games where the stakes are high. His anticipation and decision-making will only improve. 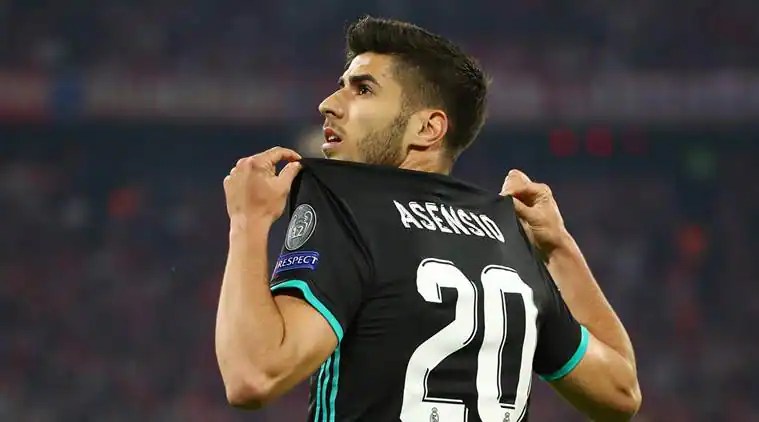 Unfortunate first-half injuries to Jerome Boateng and Arjen Robben made Jupp Heynckes shift from a 4-4-2 to 4-3-3, with Thomas Mueller pushed out to the right. The ill luck hampered die Roten’s gameplan. Bayern didn’t have the youngsters ready to plug and play for the ageing core. They can boss the Bundesliga all they like, but to win the Champions League, Bayern must get younger.

Robben is 34. Robert Lewandowski, Mats Hummels, and Boateng are 29. Franck Ribery is 35. Bayern should look to build their roster around younger players. Hopefully, with Douglas Costa and Leon Goretzka arriving this summer, the Bavarians will look sharper.

Marcelo, you look marvellous
When Real conceded the first goal, the Brazilian was caught out. Kimmich capitalised on the space given. Rather than be more cautious, though, Marcelo attacked vigorously. He levelled terms in no time. Marcelo is a risk worth taking.

Last year, two controversial goals were given in the quarter-finals. On-field referee Bjorn Kuipers made nothing but fair decisions. Ronaldo was correctly denied a goal. Yellow cards to Casemiro and Franck Ribery were also justified. Kuipers also tolerated some physical play from James Rodriguez that would make Gigi Buffon and Mehdi Benatia jealous.

Play poorly, Defend poorly, score cheeky goals and win? Check. The opposition misses five clear-cut chances and Real score from a quarter of a chance? Check. Zidane’s plans not working in the first-half, a couple of substitutions, and the Los Blancos suddenly look ruthless? Check.

Couldn’t agree more that this was a classic Real Madrid game where even though they played poorly, they secured the win. As long as it works, the fans are happy. In the long-term, this must be solved. In the short-term, beware, Jurgen Klopp; these white supremos know how to deal with you and lock up shop even when they are not at their best.