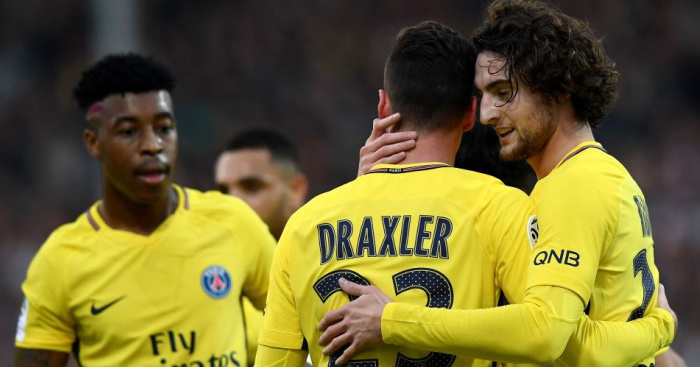 Paris Saint-Germain told Adrien Rabiot to secure a move to Barcelona amid tense negotiations over a new deal, a report claims.

Spanish publication Mundo Deportivo recently claimed the central midfielder had received a “very powerful offer” from Liverpool and was considering a move to Anfield.

The report claims City have also made Rabiot an offer, while PSG have also made him several contract offers in order to keep him in the French capital.

Get French Football also suggested PSG offered Rabiot wages of €7.2m a year (which equates to £123,000 a week) over a new three-year deal – which would have made the midfielder their third highest earner behind Neymar and Kylian Mbappe and on a par with fellow midfielder Marco Verratti.

However, a new report from Paris United claims that there was tension during talks over a new deal between Antero Henrique and Rabiot’s entourage.

Having become angry at a lack of progress in negotiations, Henrique apparently told Rabiot that he should move to Barcelona if he can agree terms with them, with his deal expiring at the end of the season.

Jonathan Johnson of ESPN FC meanwhile claims that Rabiot was benched for Le Clasique against Marseille in October after he failed to turn up to a pre-match meeting on time.