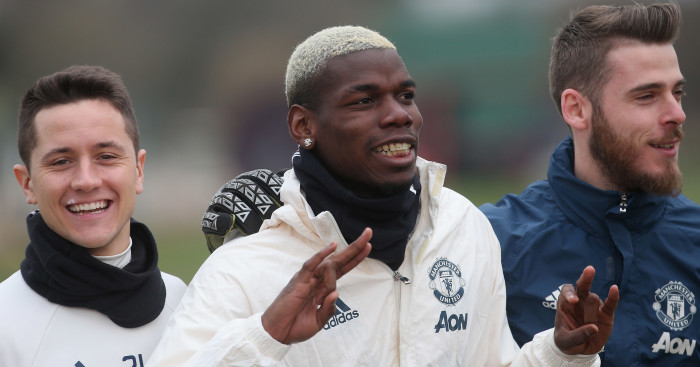 The 25-year-old midfielder has been called up by Deschamps for France’s upcoming friendlies against Colombia and Russia, despite having missed several important games for United in recent weeks.

Pogba did not feature when Jose Mourinho’s side beat Liverpool in the Premier League, came on as a late substitute in the Champions League defeat to Sevilla and was absent against Brighton in the FA Cup.

Deschamps told L’Equipe: “This is a situation that he must not appreciate because of everything he would have been able to offer. There must be numerous reasons.

“He cannot be happy with what he is going through with his club.”

Pogba returned to United from Juventus for £89million in 2016 and won the Europa League and League Cup last season.

He has only made 27 appearances for the Manchester club so far this term, scoring the last of his three league goals for the campaign in November against Newcastle.

Deschamps added: “It’s not specific to Paul. It can happen elsewhere that a player is a bit down or is going through a particular situation with his club.

“That could be Paul now, or others at other times, and I will do as I always do and talk to that player to understand better, because I don’t have all the information.”