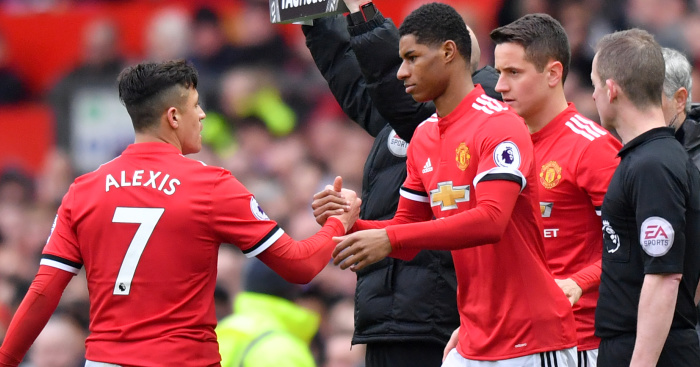 The Chilean has yet to register on the scoresheet for United this season, while he only bagged two Premier League goals in 12 appearances last campaign.

Sanchez moved to the Red Devils from the Gunners in January after a swap deal with Henrikh Mkhitaryan was agreed.

“When Alexis Sanchez first went to Manchester United, it was obvious he was going to a team that doesn’t suit the way he plays,” Ince told Paddy Power.

“The style of play is completely different. I see people saying that he doesn’t try or doesn’t work hard enough, and I’m not having that.

“He works as hard as he can, but when the way you play just doesn’t fit into a team, what else can you do?

“Alexis Sanchez will regret not going to Manchester City. If he’d gone there, it would have been the absolute best move for him.

“A side with free-flowing, attacking football, where you’re encouraged to get the ball forward.

“Instead he’s at Old Trafford, where both the football and the mood around the club is negative. I don’t think you can blame him for that atmosphere.

“He went to a team fraught with issues, and I wouldn’t be shocked if he was kicking himself for not only not going to Man City, but also for leaving Arsenal. It’s no surprise he’s not hit the ground running.”