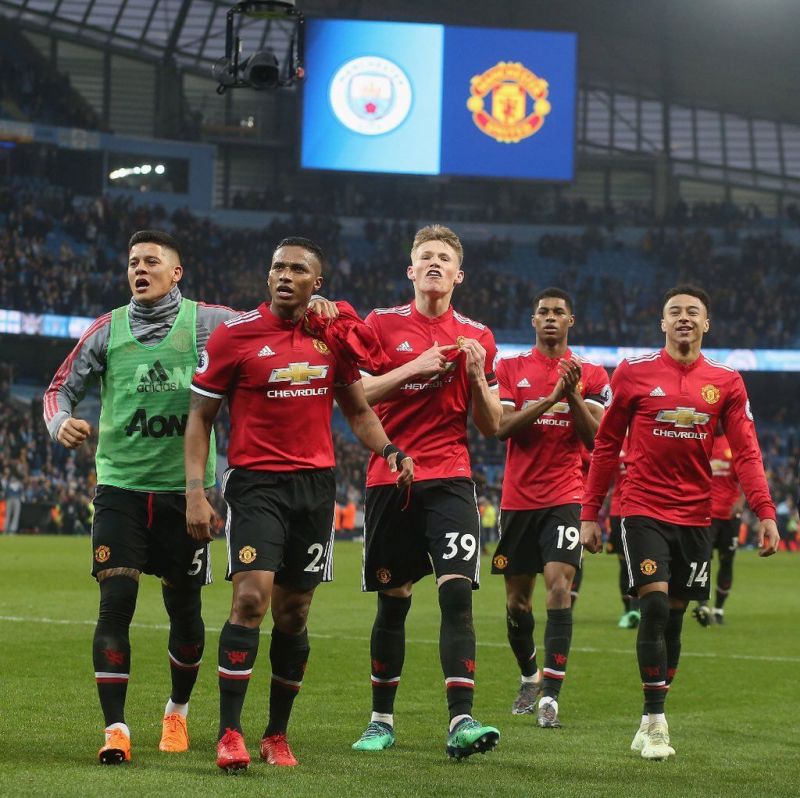 1 De Gea, a century of saves with the cat reflexes

Manchester United goalkeeper David de Gea was once again in imperious form as the Red Devils came back from behind to defeat Manchester City 3-2.

The Spanish international was powerless to stop Pep Guardiola’s side from scoring two goals in the first half, but returned strongly to make a save-of-the-season contender when he denied Sergio Aguero’s goal bound header towards the end of the game.

There was sweet revenge for Manchester United as they became the first side to beat Manchester City at home in the Premier League this season.

The Red Devils’ 3-2 win over their neighbours also meant they have become the first side to beat City at the Etihad since December 2016.

Infact, the last time Man City lost a league game at the Etihad was in December 2016 when they lost 1-3 to a Eden Hazard inspired Chelsea.

However, that flawless home record has now been shattered by Jose Mourinho and his charges thanks to Saturday’s derby win over the Cityzens.

3, Pogba and Smalling have never lost a Premier League game in which they have scored

Manchester United fans around the world may not always be happy with the performance of Chris Smalling, however the defender alongside Paul Pogba hold an impeccable win record whenever they score in a league game.

The pair were the heroes as Man United came back from behind to gate-crash Man City’s coronation party. Intriguingly, Manchester United has never lost a Premier League game in which either Pogba or Smalling has been on the score-sheet.

That record now stands at nine games for both players, with only Ryan Babel holding a longer scoring run without his club losing a game, which is 11.

The Cityzens rarely surrender when they are two or more goals up, but a late capitulation on Saturday meant Man United stole the bragging rights and delayed their coronation party.

Not since October 2008 has Man City taken a two-goal lead and still ended up on the losing end. The last team to actually hand them such a low was Liverpool who like United came from two goals down to win 3-2 against the Cityzens.

Manchester City were on the receiving end of a 3-0 mauling at the hands of Liverpool in their midweek Champions League quarter-final first-leg clash.

As a result, this is actually the first time that a side being managed by Pep Guardiola has conceded three goals or more in two consecutive matches.