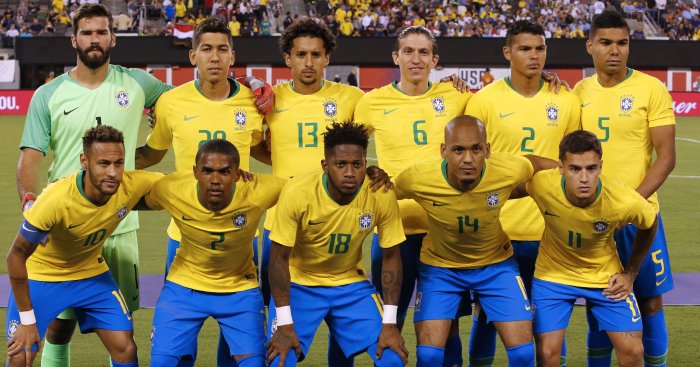 It was Fabinho’s first start of the season following his £40million arrival from Monaco, despite featuting heavily in pre-season.

The 24-year-old Brazilian, who won his side a first-half penalty, is yet to feature competitively for Jurgen Klopp and has not even made the the last three match-day squads.

It’s understood Fabinho began his time at Monaco in 2013 as a right-sided defender, but he was soon switched to a midfield role by Leonardo Jardim and he developed into a key performer.

“My start has been good and the adaptation good. The pre-season was very good, we had nine friendlies and I played nine,” Fabinho told Globo Esporte.

“It was good to play against English teams to see what the rhythm, the intensity and the physique is like. I am adapting to the team’s style of play. The more experienced players have helped me, the technical team as well.

“Me and my wife are liking the city, we already have a home. Firmino is being a great guy, his family has given a good support to me and Alisson.

“It’s been fine. Having Brazilians in the team helps. Now it’s really to make the debut. I’m fine, training well and prepared.”

Roberto Firmino scored from close range to give his country an 11th-minute lead, having started the game along with Alisson Becker and Fabinho.