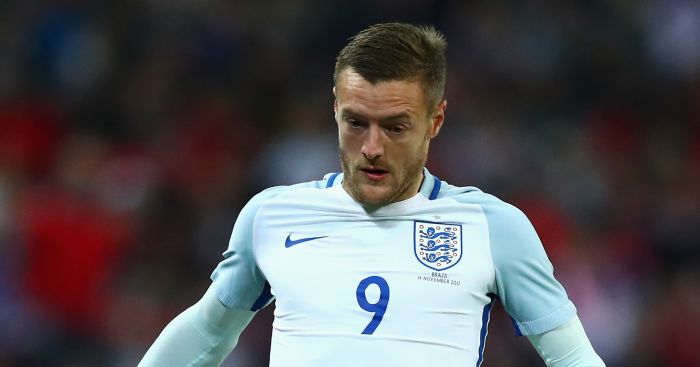 England striker Jamie Vardy insists there are still teething troubles with video assistant referees and that “no-one knows what is going on” when the system is used.

The Three Lions were denied victory as Italy were awarded a late penalty after referee Deniz Aytekin consulted the VAR before pointing to the spot as debutant James Tarkowski was deemed to have fouled Federico Chiesa.

Lorenzo Insigne dispatched the resulting penalty to cancel out Vardy’s first-half opener as Italy left Wembley with a 1-1 draw.

The late setback dented what was an otherwise fairly positive evening for England boss Gareth Southgate as he plans for the World Cup.

Vardy tucked away his seventh international strike to put the hosts ahead but was left questioning the VAR system.

“They say they are using it at the World Cup so we have used it tonight. Obviously most of it is down to players and supporters not knowing what is going on.

“It is okay to come up and say VAR is in use but no-one knows what it is going on. It is obviously taking time as well, there were five minutes added on.

“I think there are still issues with it but it works in other countries so who knows?”

Eric Dier captained England on the night and the Tottenham man has grown accustomed to the new VAR approach, having come across it during the recent FA Cup replay against Rochdale.

The 6-1 win for Spurs was marred by several controversies using the new system, with lengthy delays and decisions which appeared to be borderline.

“I haven’t seen it (the penalty) again so I can’t comment on that,” said Dier.

“But I think the VAR was smoother than when I have experienced it in previous times so I have got no complaints with that and the time that it took.

“From where I am looking, even if there is contact, the ball is out of play already so is it a foul if you can obviously see he isn’t going to get the ball anyway?

“Once the referee makes the decision, with or without the VAR, you have to accept it.”