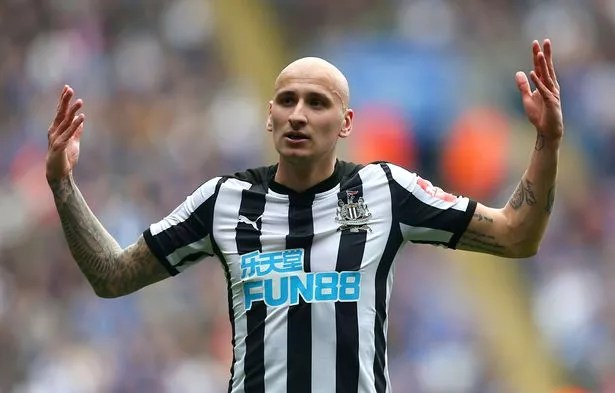 Jonjo Shelvey faces a nervous wait to see if he will get one final chance to try to win a place in Gareth Southgate’s World Cup squad for Russia.

A report in the Times today suggesting he may be considered to play in England’s final World Cup warm-up games has followed hot on the heels of calls from pundits such as Danny Murphy and Martin Keown that he should be on the plane with the Three Lions this summer.

Southgate, who has already watched Shelvey in the Premier League this year, opted against naming him in his squad for the Italy and Holland games last month, and he has also stated he wants to name his squad earlier than usual which doesn’t leave the Toon midfielder much time.

England face Nigeria at Wembley on June 2, then Costa Rica at Elland Road, Leeds, on June 7 with those games representing Shelvey’s only chance to impress before the tournament.

Murphy recently said: “I think, purely based on footballing ability, and in the central midfield area of English talent, he is our best passer of the ball by a long, long way.

“He can get the ball anywhere on the pitch and open you up and he is brave.”  Keown also added: “I think he’s a special talent.

“He may have been a hot head in the past. “This fella is like a golfer who can pick out the right club he needs when he needs it.

“If this was De Bruyne we would be off our seats.  “Why not involve him? I think he’s got that talent that we need. It’s all in there waiting to come out. “It’s taken a long time but he’s got all the necessary tools. “He wants to make things happen for his team.”