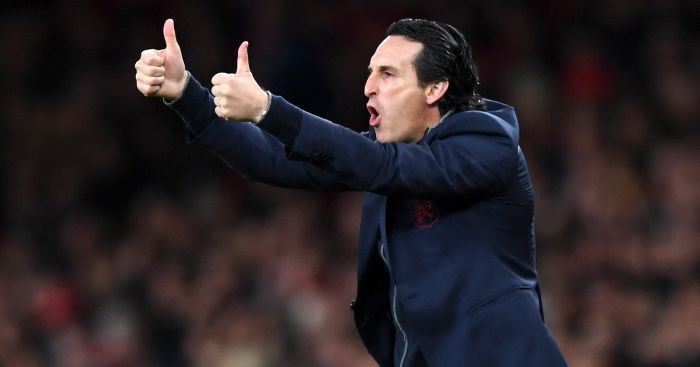 The Gunners responded to the horror injury suffered by Danny Welbeck against Sporting Lisbon on Thursday, and falling behind in the first half here through Ivan Cavaleiro’s strike, when Mkhitaryan was fortunate to curl home in the 86th minute.

Goalkeeper Bernd Leno also excelled in denying Wolves when the visitors to the Emirates could have extended their lead, but despite defeat long looking likely, Emery was dissatisfied with Arsenal’s recovery.

The 47-year-old also confirmed that Welbeck had broken his ankle and undergone surgery on Friday.

He said: “In the 90 minutes tactically, it’s enough for a win. When we were drawing, we continued taking risks because we wanted to win but also conceded some chances for them.

“We finished not happy with this point but we also recognised their work.

“The team played with character and we had chances to draw before our goal. We also continued to look for ways to create and to win the game but then we drew. In the last five or 10 minutes, we had the same idea with the risk but also thinking to win.

“Maybe (starting slow is) one thing we can improve but that comes naturally in our work.

“We knew that we needed the goalkeeper with his performance, when we are taking risks in our attacking moments. His performance was good for us.”

Asked about Welbeck, he said: “He had an operation on Friday. It’s a big injury but the outcome (on whether he can return this season) the doctor can answer that better than me.