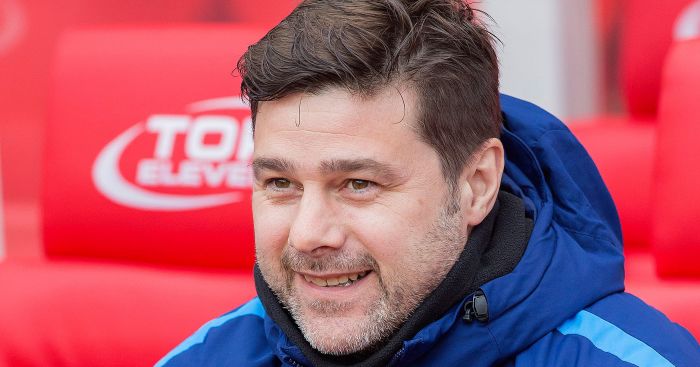 Mauricio Pochettino was pleased with a “very good performance” from his Tottenham side as they faced a “tough” Stoke outfit in a 2-1 victory at the Bet365 Stadium.

Mame Biram Diouf quickly cancelled out Christian Eriksen’s opener for Tottenham on 52 minutes before the Danish playmaker scored again on 63 minutes to re-take the lead and ultimately win the match for Spurs.

“It was a very good performance, very solid,” Pochettino told the BBC after the match. “I told them it would be tough as they are playing to survive.

“In the second-half we were more clinical but we are disappointed we conceded so quickly after scoring. The team kept pushing with the right mentality, to fight for every ball. It has put us in a very good position in the table.

“Our target is to finish in the top four, possibly second, which is better than third or fourth.”

In a separate interview with Sky Sports, he continued: “It was tough. We were better but suffered a lot and had to fight for the three points.

“It was a professional performance, not fantastic like against Chelsea, but I am so happy. In the race to finish in the top four, we now have the same points as Liverpool.

“The squad is full of confidence, all ready to compete and help the team.”