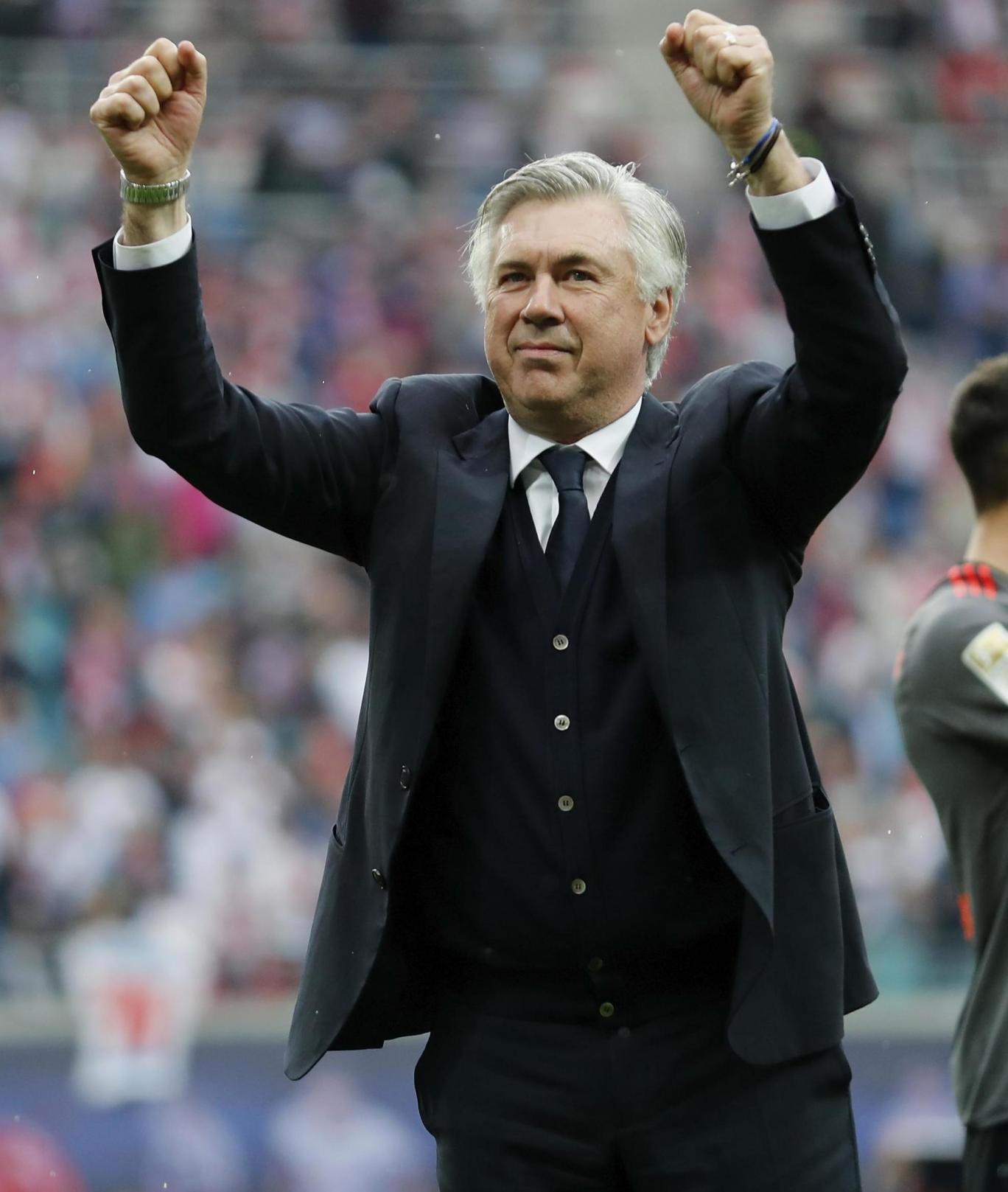 Arsenal as the Gunners prepare for life after Arsene Wenger.

The Italian manager, formerly of Real Madrid, Chelsea and most recently Bayern Munich, is among the leading contenders to replace Wenger, who announced on Friday that he would leave at the end of the season.

Ancelotti would have the gravitas and experience needed to take on the daunting mantle of succeeding Wenger and moved back to London in February.

The 58-year-old offered a warm tribute to Wenger but also made clear that any approach from the Arsenal hierarchy would be warmly received.

“He [Wenger] decided to leave and it was a great gesture of solidity,” Ancelotti said. “He made history, and he has to be recognised for that.

“The Gunners know their own future, if their plans involve me then I’m pleased from a professional point of view, but at the moment there’s nothing else.

“My future depends on the chances and projects presented to me, it’s not only up to me. Right now though I’m focused on helping UEfA with this wonderful event for those in need.”

Arsenal chief executive Ivan Gazidis insisted that the club had had no discussions with possible successors for Wenger before his departure was confirmed, however, he also confirmed that the process of finding a successor “begins today”.

Gazidis also made note of the importance of finding a replacement who could continue the “football values” Wenger had instilled, making particular reference to the style of football and a commitment to bring in youth players.

“It’s important how the candidate represents the club,” Gazidis added. “Replacing Arsene, that’s not going to happen. We have to make sure we don’t lose those qualities he gave us.”