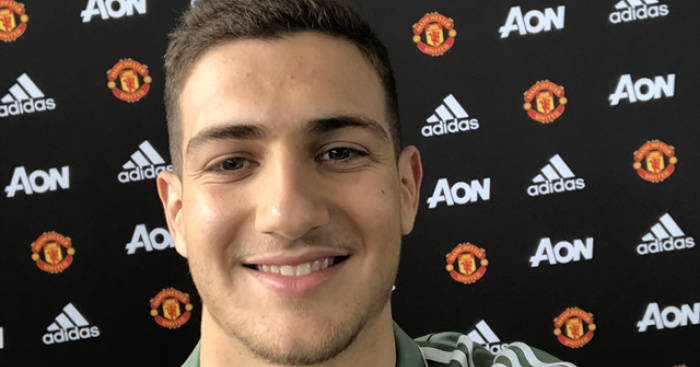 Diogo Dalot has vowed to work hard in training in a bid to win over Jose Mourinho and earn selection for Manchester United’s first team.

The versatile full-back was one of just three summer signings made by the United boss this summer, arriving in a £20million switch from his new manager’s former club, FC Porto.

The Portuguese defender was injured when he first arrived at the club this summer, but having worked his way back to fitness, he made his debut for the club’s Under-23s side last week under the watchful eye of Mourinho.

Now Dalot is eager to push on and has set himself the ambitious target of earning selection to United’s first team after the international break.

“If the manager thinks I’m ready and he wants me to play, I will play, for sure,” he told ESPN.

“I’m going to prepare myself for that and as soon as he wants me, I’ll be ready.

“For sure, I’m going to become a better player here. The team have already helped me a lot and I’ve learned a lot in a short space of time from Antonio [Valencia], Matteo [Darmian], Ashley [Young] and Luke [Shaw].

“I’m looking forward to learning more. I think I can get better. We always think we can do better and I have to keep improving.”

With Dalot capable of playing at either left-back or right-back, pundits believe the 19-year-old’s chance is more likely to come on the right side of defence, with Mourinho intimating this summer that he will manage Antonio Valencia’s games carefully as the Ecuadorian reaches the winter of his career.