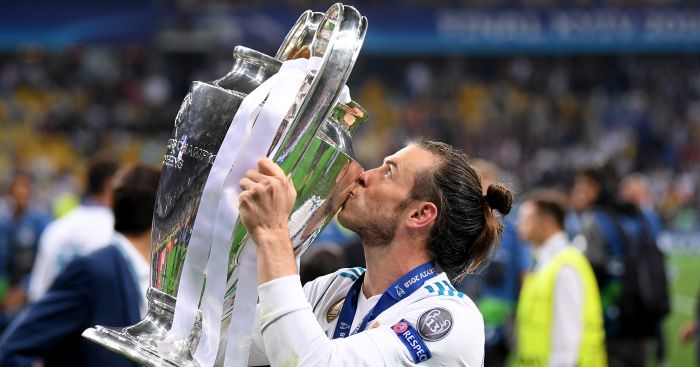 Manchester United have been given renewed hope of striking a deal for Gareth Bale after local reports claimed there has been positive talks between the two parties.

The 28-year-old Wales forward is a man in demand this summer after he admitted, following his two-goal display in the Champions League final, that he “needs to play more regular football”.

The likes of Manchester United and Tottenham have both been heavily linked to the player, while there has been interest on the continent with Bayern Munich reported to have had an approach rejected.

However, the Manchester Evening News believes Bale is edging ever closer to deciding upon a move to Old Trafford this summer, with the paper claiming “advanced talks” had taken place in recent weeks.

And they suggest an agreement between Bale and United may already be in place, and that the Wales star will mull over his final decision in the coming days before making clear his wishes to Real Madrid next week.

The European champions, other than those involved in the latter stages of the World Cup, return to pre-season training on Monday and new boss Julen Lopetegui has already booked in talks with Bale and his advisor Jonathan Barnett.

It’s believed Lopetegui will try and convince Bale to stay at Real Madrid for at least one more season – especially given the departure of Cristiano Ronaldo – though his plea may yet fall on deaf ears should Bale have made his mind up on wanting to leave.

A fee for the player would then have to be arranged, but with Bale’s Champions League final exploits doing United no favours, any deal for the Welshman is likely to cost in excess of €80million (£70million).

A move to United has already been given by the thumbs up by former United and Wales star Mickey Thomas, who told the Daily Mirror: “If he came to England and started doing the ­business, winning trophies in this ­country, then it will have been the perfect career.

“He could go to Germany and play for Bayern Munich, but it’s time to prove himself in the Premier League.”

Bale has won four Champions League trophies during his five-year stay at the Bernabeu.