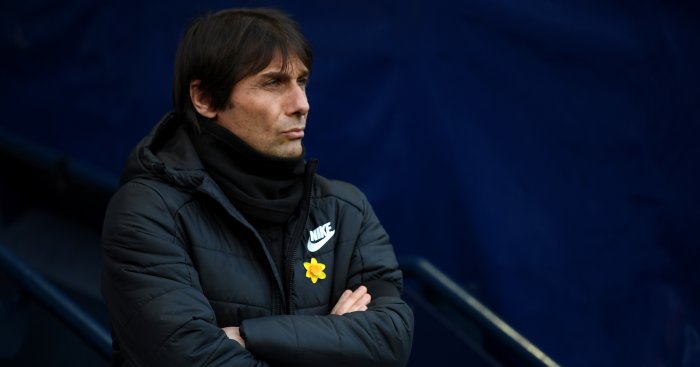 Antonio Conte has spoken of his personal experience of the cost of showing dissent towards a manager whilst a player.

Chelsea were keen to draw a distinction between Conte’s recollection of a fallout with his former Juventus manager Marcello Lippi, which saw him rebuked, fined and dropped, and Eden Hazard’s frustration after last Sunday’s loss at Manchester City.

“We could have played on for three hours, and I (still) wouldn’t touch a ball,” Hazard told Belgian newspaper Het Laatste after being deployed as a false nine.

Former Italy and Juventus midfielder Conte has learned from the experience of being “killed” by Lippi and says he would not address a similar matter in the same way.

“As a player, until one point of my career, I was selfish, because you think about yourself,” Conte said.

“When you arrive at that point in your career, though, you start to have your mind more open.”

Conte says his situation with Lippi taught him to value the team above himself and he went on to become Juventus captain. On Friday he recalled the experience he says he carries in his heart.

After a 3-1 win for second-placed Juventus over leaders Parma, Conte was on international duty when he faced the media and was asked about the Serie A game.

He said: “The journalists asked me if I was happy with the team and with this important win. My stupid answer was: ‘We are winning, but I’m not happy because I’m not enjoying the role the coach decided to give me.’

“He told me it was a lack of respect for my team-mates, first of all, and then for him, the club and the fans.

“After training, the club called me. They killed me another time, gave me a big, big fine. And then, in the next game, I didn’t play. I was on the bench against Piacenza.”

Conte says his situation contrasted with the present one involving Hazard, whom the Italian has previously told to be more selfish and ruthless in front of goal.

“I don’t think this is the same situation,” he said.

Conte was not willing to say if he has spoken to Hazard this week to address the Belgium playmaker’s concerns. But he insisted the tactics were the same as against Barcelona, when Chelsea drew 1-1.

“After Barcelona, I didn’t read or listen to people complaining,” he added.