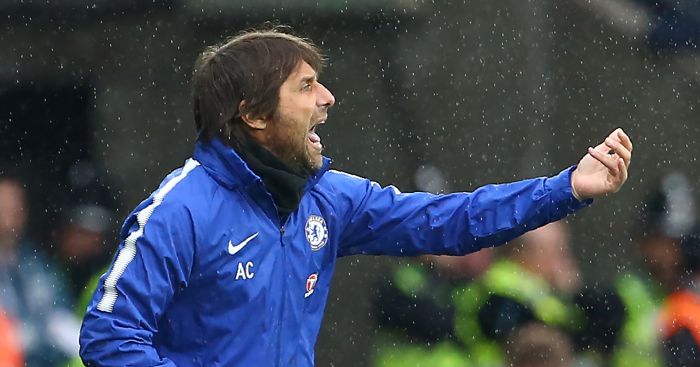 Chelsea boss Antonio Conte was pleased to put some “pressure” on Tottenham with their narrow 1-0 victory over Swansea on Saturday.

Cesc Fabregas’ 50th Premier League goal after only four minutes was enough to give the Blues their narrow victory over the Swans.

“We started the game very well and dominated the game in the first half,” Conte told BBC Sport. But you must be very good to kill the game and you have to take the chances otherwise you risk your opponent trying to push.

“We were very good defensively and it’s important for us to take three points with a good win. Now we have three games to go and have to win for our fans, for our work and then we’ll see what happens.

“The big problem that we are having this season in many games is that we create many chances to score but we don’t take them. If we want to fight for something important you must be clinical.

“If you don’t kill the game then it’s normal for the other team to push. Our expectation was to play a tough game against a good team looking to avoid relegation.

“They only way that we have to put a bit of pressure on the top four is to win. Today has been very positive to put that pressure on Tottenham. Football is not simple and anything can happen.”