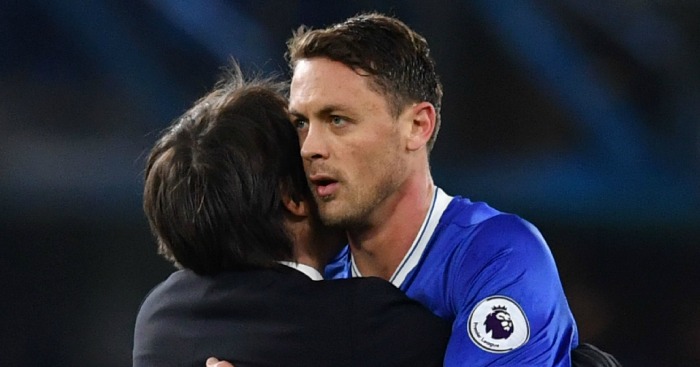 Antonio Conte was asked about his relationship with Mourinho and the sale of Nemanja Matic on Friday.

Conte leads his Chelsea side out against Mourinho’s Man United on Sunday, hoping to get their season back on track.

A 3-0 hammering at the hands of Roma in midweek leaves them second in their Champions League group, while the Blues are currently fourth ten games into their Premier League title defence.

Sunday’s fixture is previewed rather a lot as a crucial one, and sees Conte come up against Mourinho once more.

The last time these two met in the league at Stamford Bridge Chelsea won 4-0, and Mourinho was seen asking Conte to tone down his celebrations.

“It is not important the relationship between the coaches,” he said of Mourinho. “You respect the job of the coaches and then it stops.

“I respect him for that, then I finish. Then I am an opponent.

Asked about the sale of Matic to United, with the Serb impressing at Old Trafford, Conte replied: “Matic is a United player, and you know very well I don’t like to speak about players of the other teams.

“I have already answered this question in the past.”